Holocaust Researches Presented at the Small Academy of Sciences 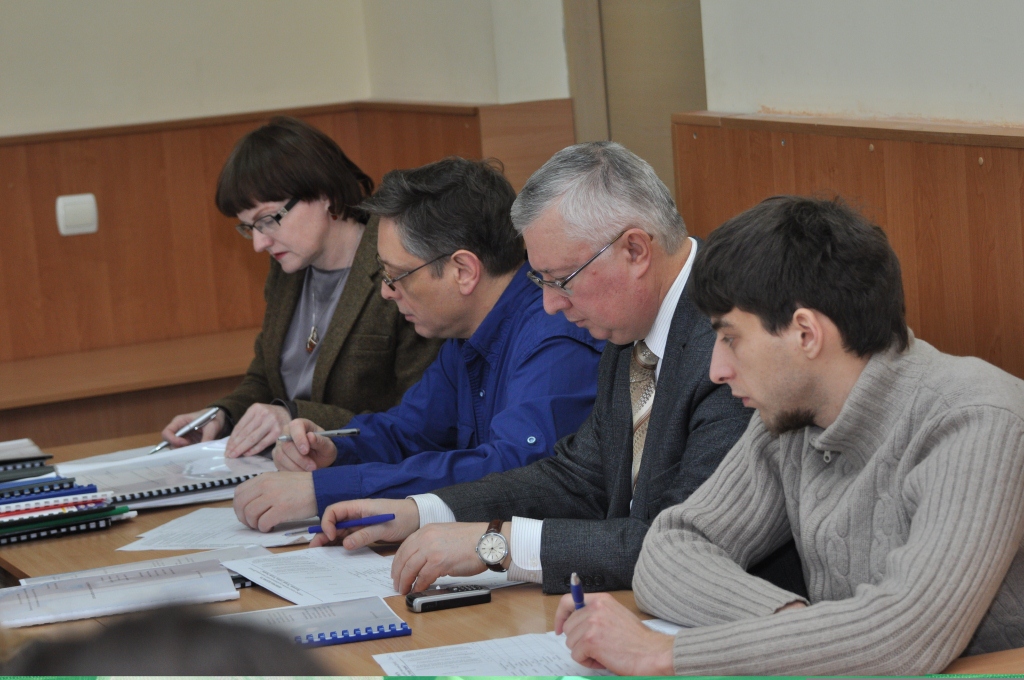 On February 6-7, the History faculty of the Dnipropetrovsk National University conducted the second stage of the Ukrainian Competition and Defense of the Research Works of the Students-Members of the Small Academy of Sciences of Ukraine. This year “Tkuma” Ukrainian Institute for Holocaust became a partner of this competition.
Dr. Igor Shchupak, Institute Director, and Denis Shatalov, Institute Research Associate, became the members of Expert Committee and participated in the defense in the sections “History of Ukraine” and “Local History Studies”.
In his speech, Dr. Shchupak emphasized the need of studying the tragic events of the 20th century as the basis for formation of tolerance in the society. The Institute Director told students and their curators about the prospects of cooperation between young researchers and “Tkuma” Institute, including the possibility of taking part in national and international seminars and competitions. In addition, “Tkuma” Institute plans to publish the collection of the best works. 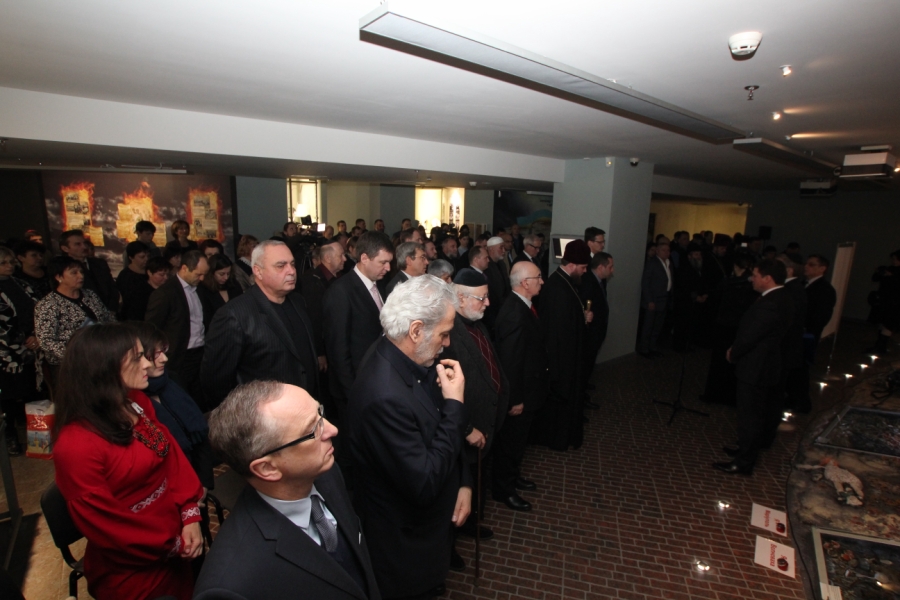 On January 27, in Museum “Jewish Memory and Holocaust in Ukraine” near the panorama “Babi Yar – “Babi Yars” of Ukraine” the Memorial Ceremony to the 70th anniversary of the liberation of Auschwitz and International Holocaust Remembrance Day were held. Officials, members of the diplomatic corps, representatives of the United Nations, members of the EU Delegation, religious leaders of different faiths, representatives of the Dnipropetrovsk Jewish Community, the media and general public joined the ceremony to commemorate victims of Nazism.
Solomon Flaks, Chairman of the Council of Jewish Veterans, retired colonel, opened the ceremony. After him the floor was taken by: Yonatan Leifer, Director of JDC Programs in Eastern Ukraine; Vasyl Kostytsky, Chairman of the National Expert Commission of Ukraine on Protection of Public Morality; Faina Vynokurova, Deputy Director of the State Archives of Vinnytsia region; Oleksandr Fridkis, Executive Officer of Jewish Religious Community; Rev. Simeon, Bishop of Dnipropetrovsk and Pavlograd Ukrainian Orthodox Church of Kyiv Patriarchate; Ramazan Kurbanov, Head of the Muslim Religious Community of Dnipropetrovsk; Vasyl Pantylyuk, Cane. of Donetsk Exarchate of Ukrainian Greek Catholic Church. 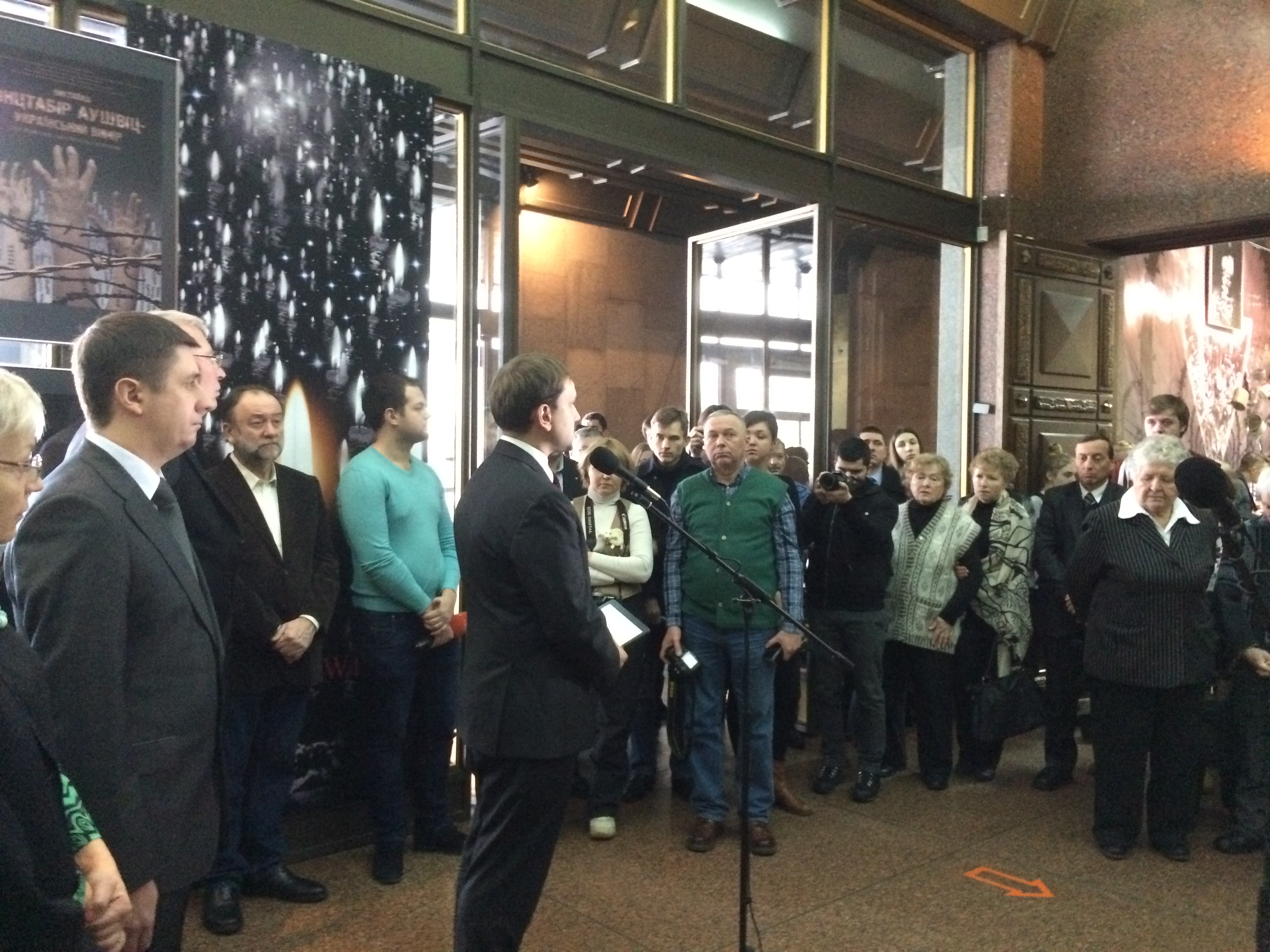 On January 26, Kyiv hosted the opening of the exhibition “Auschwitz Concentration Camp – Ukrainian Dimension. Research, Documents, Testimonies” dedicated to the 70th anniversary of the liberation of Auschwitz and International Holocaust Remembrance Day.
The organizers of the event were: the National Museum of the Great Patriotic War of 1941-1945, the Ministry of Culture of Ukraine, Ukrainian Institute of National Remembrance, the G.S. Pshenychny Central State Archive. Museum “Jewish Memory and Holocaust in Ukraine” and “Tkuma” Ukrainian Institute for Holocaust Studies took part in creation of the exhibition. Our Museum handed over a number of unique exhibits that would be on display at the Museum of the Great Patriotic War along with other exhibits.

Read more: The Exhibition to the 70th Anniversary of the Liberation of Auschwitz Was Opened in Kyiv

Meeting with ATO Fighters or Intellectuals in the War 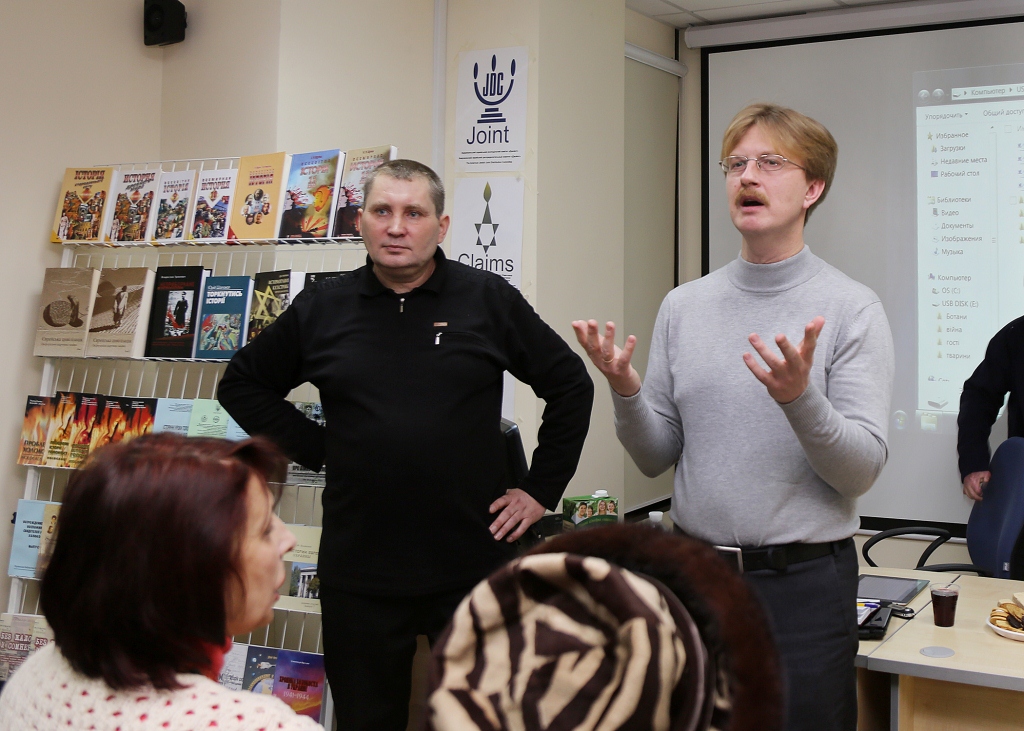 Meeting with ATO fighters Oleg Repan and Yuri Fomenko, which took place on January 15th in the premises and with the support of “Tkuma” Ukrainian Institute for Holocaust gathered significant audience. The event, initially planned as a very chamber one, attracted many residents of the city. Among the participants there were people of different ages and occupations who came to listen about the events in Eastern Ukraine from the firsthand. Although many participants know about the war in the Donbas from their own experience because a lot of them are volunteers who bring humanitarian aid to soldiers, or visit them in hospitals.

Read more: Meeting with ATO Fighters or Intellectuals in the War

The Topic of the Holodomor Will Be Disclosed in the Museum 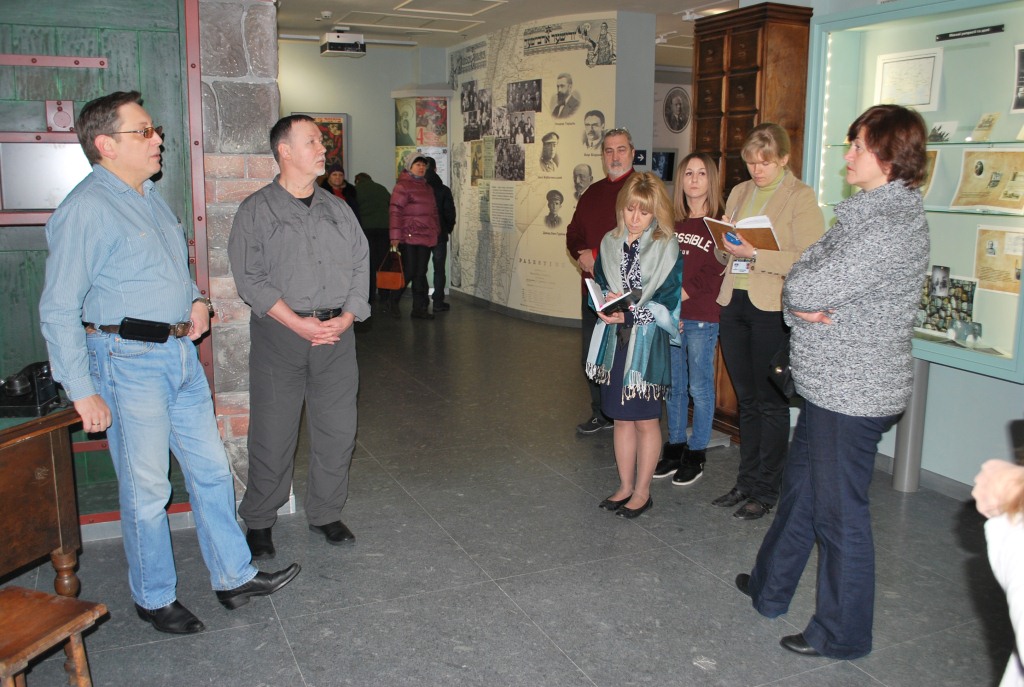 A number of new exhibitions is preparing in Museum “Jewish Memory and Holocaust in Ukraine”. In particular, information about repressions, genocides of the twentieth century, including the Holodomor, will be presented in the Museum halls. Currently researchers of “Tkuma” Institute and the Museum are working on the development of new exhibitions. And getting advice from leading scholars of Ukraine and the world has become good tradition.

Read more: The Topic of the Holodomor Will Be Disclosed in the Museum