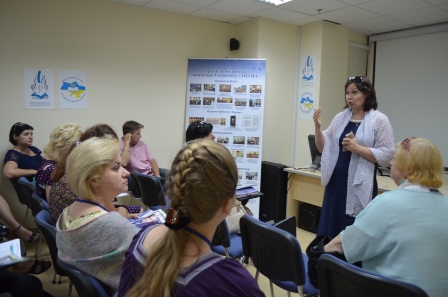 June 30 and July 1, 2016 Dnipro hosted seminar “Implementation of European Standards for National Minorities in Ukraine” for state officials organized by Friedrich Ebert Foundation in Ukraine, Assembly of Nationalities of Ukraine, and the Jewish Foundation of Ukraine. Within the framework of the seminar participants visited Museum “Jewish Memory and Holocaust in Ukraine”. The guided tour was conducted by Dr. Iegor Vradiy, Research Associate. He focused on the history of international relations (including Ukrainian-Jewish) in the 20th c. in particular, during World War II and the Holocaust.