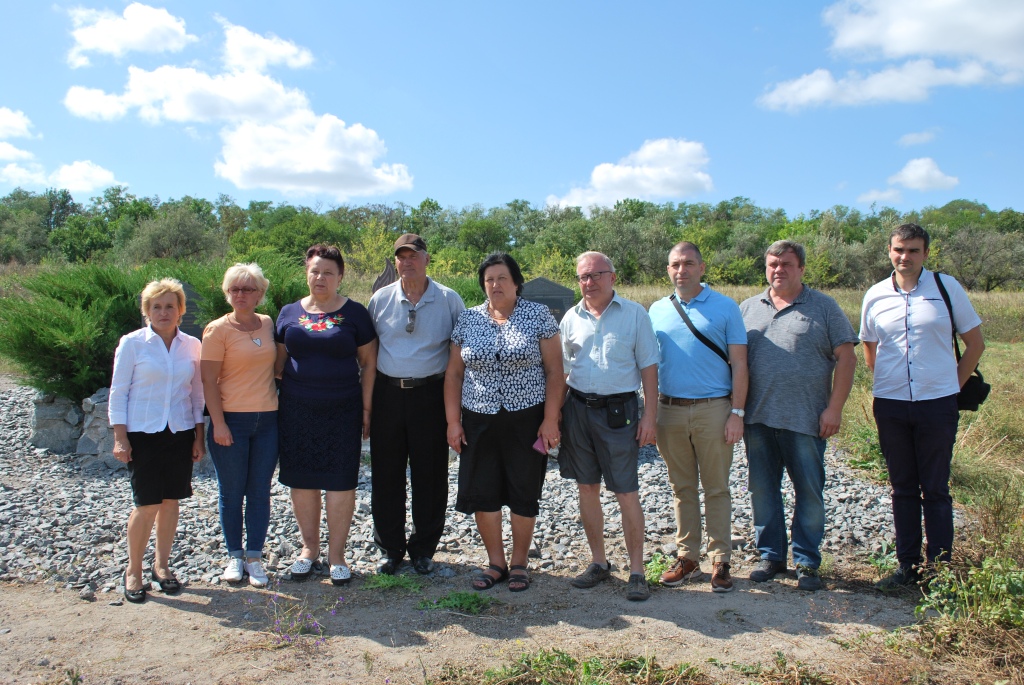 During August 19–20, “Tkuma” Ukrainian Institute for Holocaust Studies organized a search expedition to the Holocaust places in Dnipropetrovsk region. Together with Daniel Berler, American patron and Dr. Oleksandr Kruglov, historian, researchers of “Tkuma” Institute and Museum “Jewish Memory and Holocaust in Ukraine” visited several settlements in our area to find places of Jews extermination during the Holocaust and to record interviews with witnesses of those events and their children.

In Kyslyanka village of Synelnikov district the expedition members met with Liudmyla But, head of Mykola Prykhodko Museum of History and Local Lore, a teacher of Ukrainian language and literature at a local school, who told about the history of the Holocaust in Kyslyanka and the memory of those terrible events today. Viktor Boniak, member of the Dnipropetrovsk Regional Council, head of public organization “Rubizh-Dnipro” was also at the meeting. He is responsible for the development of a local museum, and with his support, a memorial sign on the killed prisoners of war and other victims of World War II was created in Kyslyanka. The members of the expedition also visited the monument devoted to the Holocaust victims – it was built on the initiative of Rostyslav Shytikov.

Together with the guests, the researchers visited the Vakulove village (before – Stalindorf village, Zhovtneve) Sofiyivka Raion of Dnipropetrovsk region. Exactly this village was the center of the Stalindorf Jewish national area during 1931–1941. During the Holocaust, almost all Stalindorf Jews who couldn’t evacuate were exterminated (by 1939 the Jewish population in the village was almost 50% of the total population). The participants of the expedition also visited Novopodilske village of Sofiyivka Raion, where they spoke with local farmers about the need to preserve the memory of World War II events in the region, and with relatives of people who survived the Holocaust.

Memories and interviews recorded during the expedition will form the basis of further research and exploration of World War II and the Holocaust. Currently, “Tkuma” Institute prepares sets of educational and scientific literature on history which will be sent to local schools and libraries.