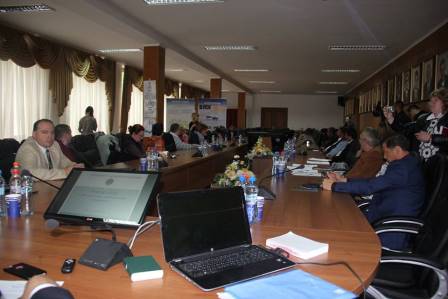 On April 29, 2016 Uzhgorod National University hosted Methodological Seminar “Roma Studies”. Among the participants of the seminar there were professors of Ukrainian universities, research fellows, and public figures. Dilfuza Hlushchenko and Maryna Strilchuk, “Tkuma” Institute and the Holocaust Museum Research Associates, were invited to participate in the event.

Forum dedicated to the anniversary of the Armenian Genocide in Kyiv 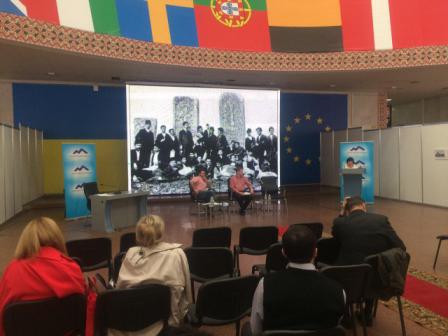 On April 20, 2016 the Ukrainian House (Kyiv) hosted Forum “The Armenian Genocide: Crime Against Humanity” dedicated to the 101 anniversary of the Armenian Genocide. The event was organized by the Embassy of Armenia in Ukraine and Armenian Community of Ukraine.

Read more: Forum dedicated to the anniversary of the Armenian Genocide in Kyiv 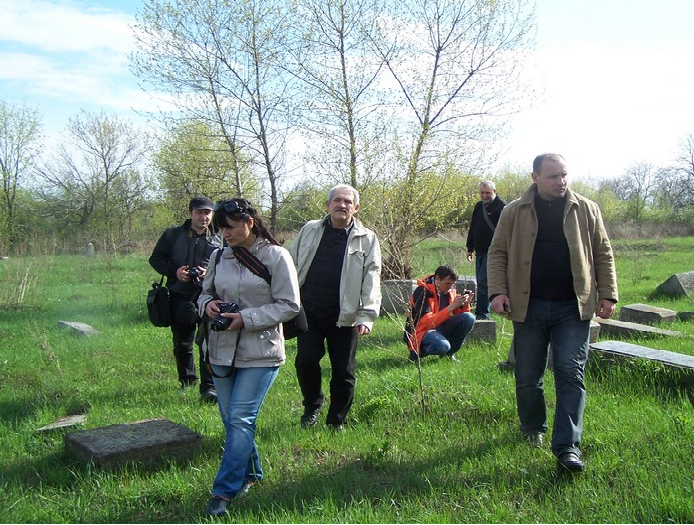 During April 14–15, 2016 Dr Iegor Vradiy, “Tkuma” Ukrainian Institute for Holocaust Studies Research Associate, participated in the work of the commission, created by Svitlovodsk District State Administration. The aim of the commission was to: 1) examine of the degree of preservation of Jewish and Polish cemeteries in Nahirne village of Svitlovodsk district (two of the five cemeteries of Novoheorhiyevsk were flooded by Kremenchuk HES in 1957–1962); 2) consider the recognition of cemeteries as objects of cultural heritage and prepare all the relevant documents; 3) discuss the possibility of preservation of cemeteries.

Read more: Commission on Examine of the Degree of Preservation of Jewish and Polish Cemeteries in Svitlovodsk

The Seminar for Museum Workers Was Held in Dnipropetrovsk 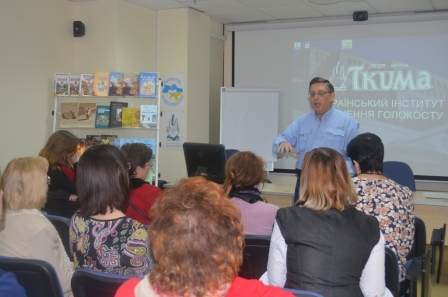 On April 5-7, 2016 Dnipropetrovsk hosted All-Ukrainian Practical Seminar for Museum Specialists organized by Dnipropetrovsk Children and Youth Center for International Cooperation. The final stage of the seminar work was conducted on April 7 on the base of Museum “Jewish Memory and Holocaust in Ukraine” within the framework of the project “Holocaust Studies in Ukraine for Formation of the Atmosphere of Tolerance”.

The participants visited the Museum and had the opportunity to familiarize themselves with new exhibits and multimedia technologies used in it.

During the seminar at the Holocaust Museum participants met soldiers – ATO veterans Viktor Bonyak and Yuriy Fomenko, who told about the difficulties that museum workers may face the while creating exhibitions dedicated to the ATO and Russian aggression against Ukraine.

After the guided tour participants had an opportunity to meet Dr. Igor Shchupak, “Tkuma” Institute and the Holocaust Museum Director. He particularly emphasized the role of historical memory for modern Ukraine: “…The war didn’t begin in the east of Ukraine, but it did in the minds of people. Soviet-Russian model of historical memory is not just false, it distorts the understanding of the modern world, imposes desire to “greatness” of the new version of totalitarianism and promoting war against Ukraine”. I. Shchupak announced museum and educational projects and programs organized jointly by “Tkuma” Institute and the Holocaust Museum and proposed some ways of cooperation of museum and educational institutions from different regions of Ukraine.

At the end of the seminar all participants got scholarly and methodological publications released by “Tkuma” Institute.

Working day of the seminar in our Museum turned out to be successful due to our partners – Nelya Honchar, Head of Dnipropetrovsk Children and Youth Center for International Cooperation, Larysa Hrychanivska, The Center employee, Anastasiya Haydukevych, Ukrainian Institute of National Memory Researcher, museologists – seminar participants, as well as Iryna Piskariova, Iegor Vradiy and other “Tkuma” Institute and the Holocaust Museum staff.

The Jewish Federation of Richmond Has Visited the Holocaust Museum 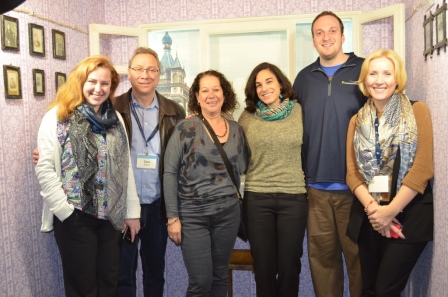 On April 4, 2016 within the framework of visit to Dnipropetrovsk Jewish Community delegation of the Jewish Federation of Richmond(Virginia, USA) visited Museum “Jewish Memory and Holocaust in Ukraine”. The delegation was led by Mark B. Sisisky, Chair of the FSU Executive Committee, and Shmuel H. Asher, Chief Executive Officer at Jewish Community Federation of Richmond. The guided tour for the guests was conducted by Dr.Igor Shchupak, “Tkuma” Institute and the Holocaust Museum Director.

Read more: The Jewish Federation of Richmond Has Visited the Holocaust Museum