“The History of the City in Stones”: Updated Exhibition Opening at Museum “Jewish Memory and Holocaust in Ukraine” 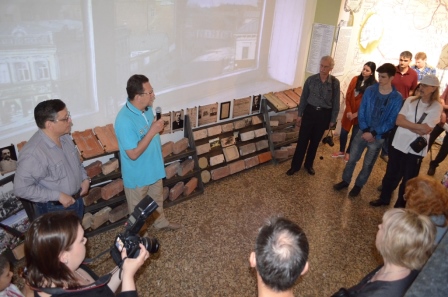 On May 29, 2016 opening of the exhibition “The History of the City in Stones” and presentation of a unique collection of brick and tile of Katerynoslav of second half of XIX – early XX century, donated to the Museum by local historian and collector Pavlo Mamenko, was conducted at the Holocaust Museum..

Read more: “The History of the City in Stones”: Updated Exhibition Opening at Museum “Jewish Memory and... 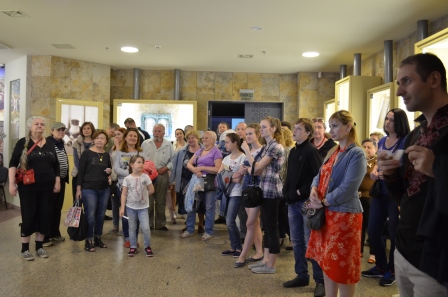 On May 22, 2016 Museum “Jewish Memory and Holocaust in Ukraine” hosted celebrations dedicated to the International Museum Day. The guests participated in master classes, joined the guided tours and museum quests.

Day of Remembrance and Reconciliation in Dnipropetrovsk 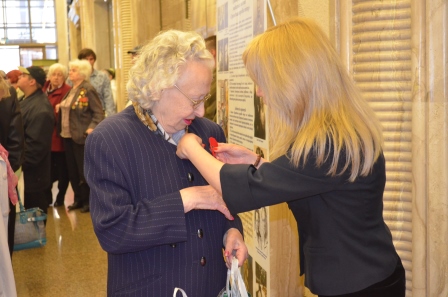 On May 6, 2016 “Menorah” Center hosted celebrations dedicated to the 71st anniversary of the end of World War and the victory over Nazi Germany. Celebration in honor of veterans of World
War II was organized by Charity Fund “Hesed Menachem”; traditionally employees of “Tkuma” Ukrainian Institute for Holocaust Studies and Museum “Jewish Memory and Holocaust in Ukraine” joined the organization of the event. Heroes were welcomed with warm words and red poppies, made the Holocaust Museum staff, a symbol of remembrance of victims of war (by the way, we started to do this the year before respected Ukrainian Institute of National Memory suggested).

Read more: Day of Remembrance and Reconciliation in Dnipropetrovsk 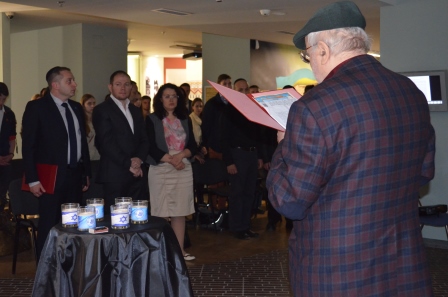 On May 5, 2016 we observe Yom HaShoah, which is the Day of Catastrophe and Heroism of European Jewry. In memory of the six million Jews killed during the Holocaust Museum “Jewish Memory and Holocaust in Ukraine” hosted memorial ceremony. Members of Dnipropetrovsk Jewish Community became the participants of the event. During the ceremony Dilfuza Hlushchenko, the Holocaust Museum Head of Research Department,stressed the need and importance to remember the victims of Nazi policy of “final solution of the Jewish question”, adding that 1.5 million children became the victims of the genocide.

In memory of the 6 million Jews killed symbolic candles 6 were lighted. The ceremony ended with a moment of silence. 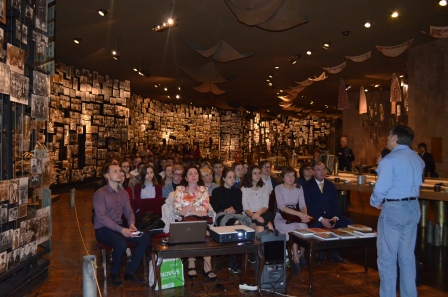 On April 27, 2016 within the framework of the project “Historians Museum Platform” the National Museum of history of Ukraine hosted the lecture by Dr. Igor Shchupak, “Tkuma” Ukrainian Institute for Holocaust Studies and Museum “Jewish Memory and Holocaust in Ukraine” Director, author of Ukrainian History and World History textbooks, entitled “Ukrainian Vision of the 20th c.: the Experience of Textbook Creation”.