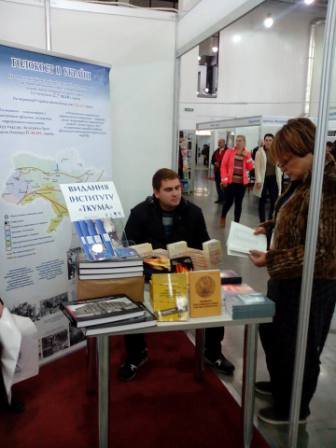 Discussions about the role of literature during the war, issues of translation and modern publishing, presentations of new books for children and adults, meetings and autograph sessions with famous modern Ukrainian writers, music concerts and night readings, film screenings and performances, exhibition and fair of Ukrainian and foreign publishers were organized for visitors of Toloka three-day program.

During the first day of the Festival “Tkuma” Institute staff presented the recent publications such as Album of Photos and Documents “Nazi New Order in Ukrainian Cities” and monograph “Generation of Wolves” by Prof. O. Davlyetov.