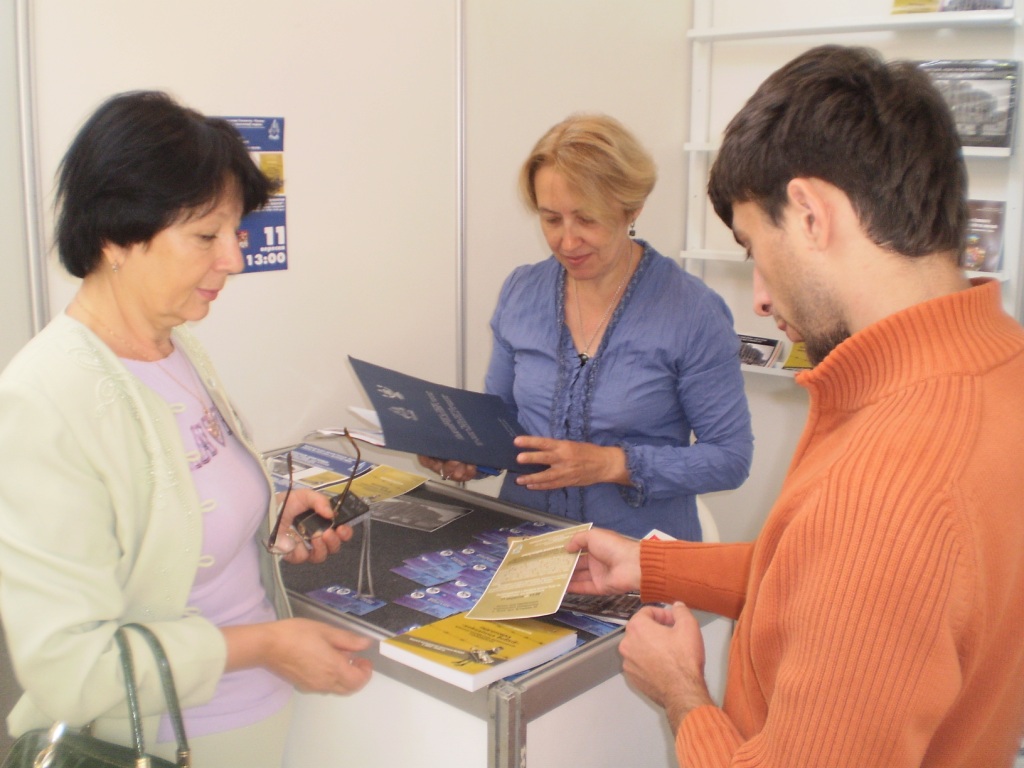 During September 10-13, 2015 Lviv hosted 22 Book Forum - the most important and the most expected literary and cultural event in Ukraine. Traditionally, the goal of the Forum is to draw public attention to the most urgent problems of modern Ukrainian book publishing, as well as to support the tradition of professional discussions and seminars. More than 350 authors from 22 countries this year participated in the Forum. "Tkuma" Institute presented its recent publications as well.

On September 11 within the framework of the Forum, Valentyn Rybalka and Denys Shatalov, "Tkuma" Institute Research Associates, presented the latest editions, such as "Nazi New Order in Ukrainian Cities" - album of photos and documents from Museum "Jewish Memory and Holocaust in Ukraine" funds. The edition contains unique materials, which allow to visualize the Ukrainian cities during the Nazi occupation. The second presented edition of monograph by Prof Oleksandr Davletov "Generation of Wolves (Nazi Youth Policy in 1922-1939)". Prof O. Davletov noted: "The study of National Socialism is important in order to do everything possible for avoiding such terrible pages of history".