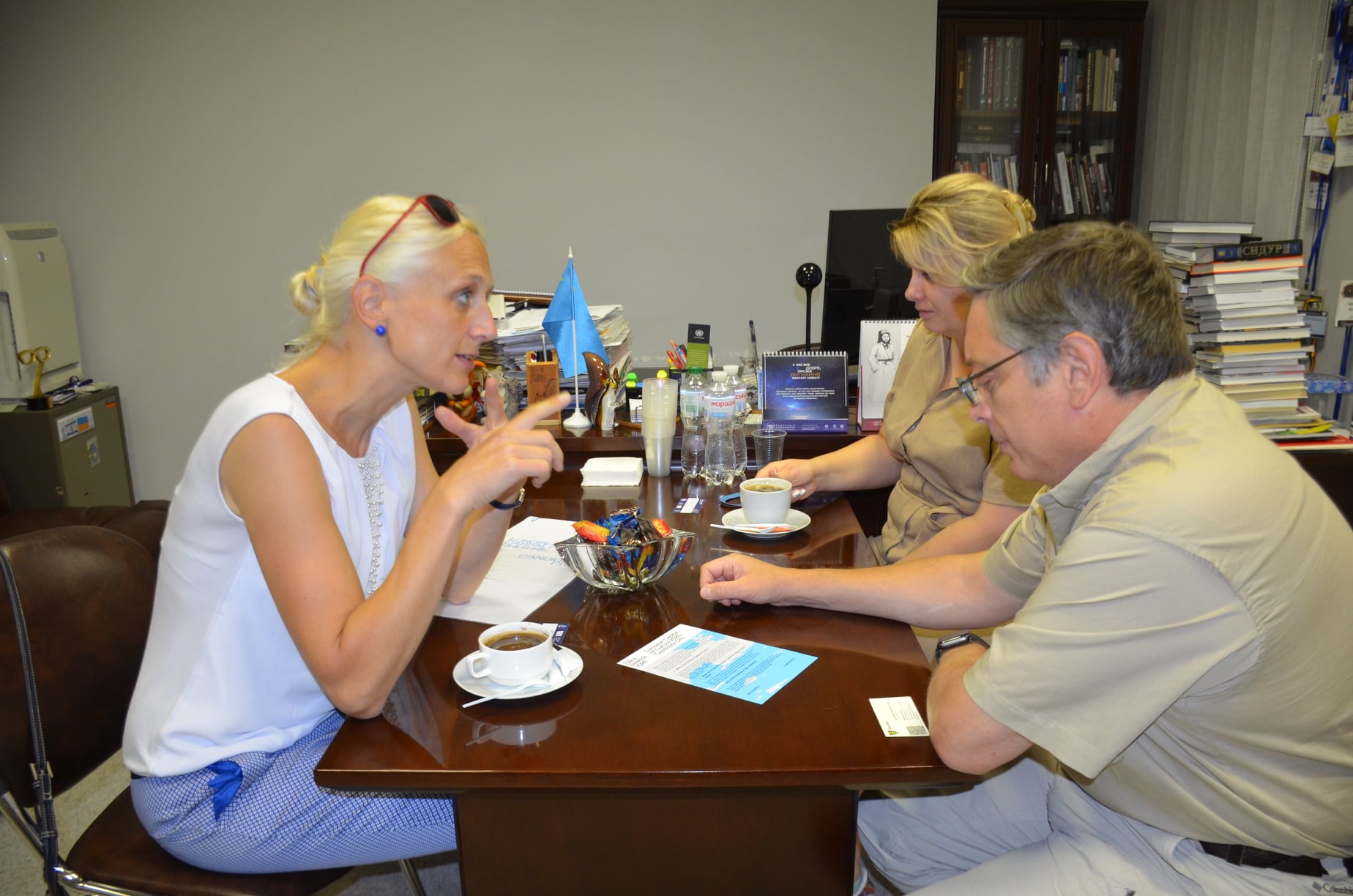 On September 12, “Tkuma” Institute and Museum “Jewish Memory and Holocaust in Ukraine” were visited by the Deputy Mayor of the Slovak city of Žilina, Dr. Barbora Birnerova, together with Anna Koleda, Head of the Dnipro Development Agency's Tourism Department. After the guided tour, which was traditionally interestingly conducted by the head of the scientific department of Museum Iryna Radchenko, the guests met Dr. Igor Shchupak.

“The topic of the meeting was very specific” said Dr. Shchupak. - Ms. Barbora and I discussed the possibilities of cooperation and partnership, which is necessary to “strengthen” the application of the city of Žilina for the title “European Capital of Culture 2026”. Possibilities of museum, scientific, educational cooperation were discussed; international and interreligious projects of the Slovak and Jewish communities; prospects for the exchange of visits of educational and cultural figures from Slovakia and Ukraine.