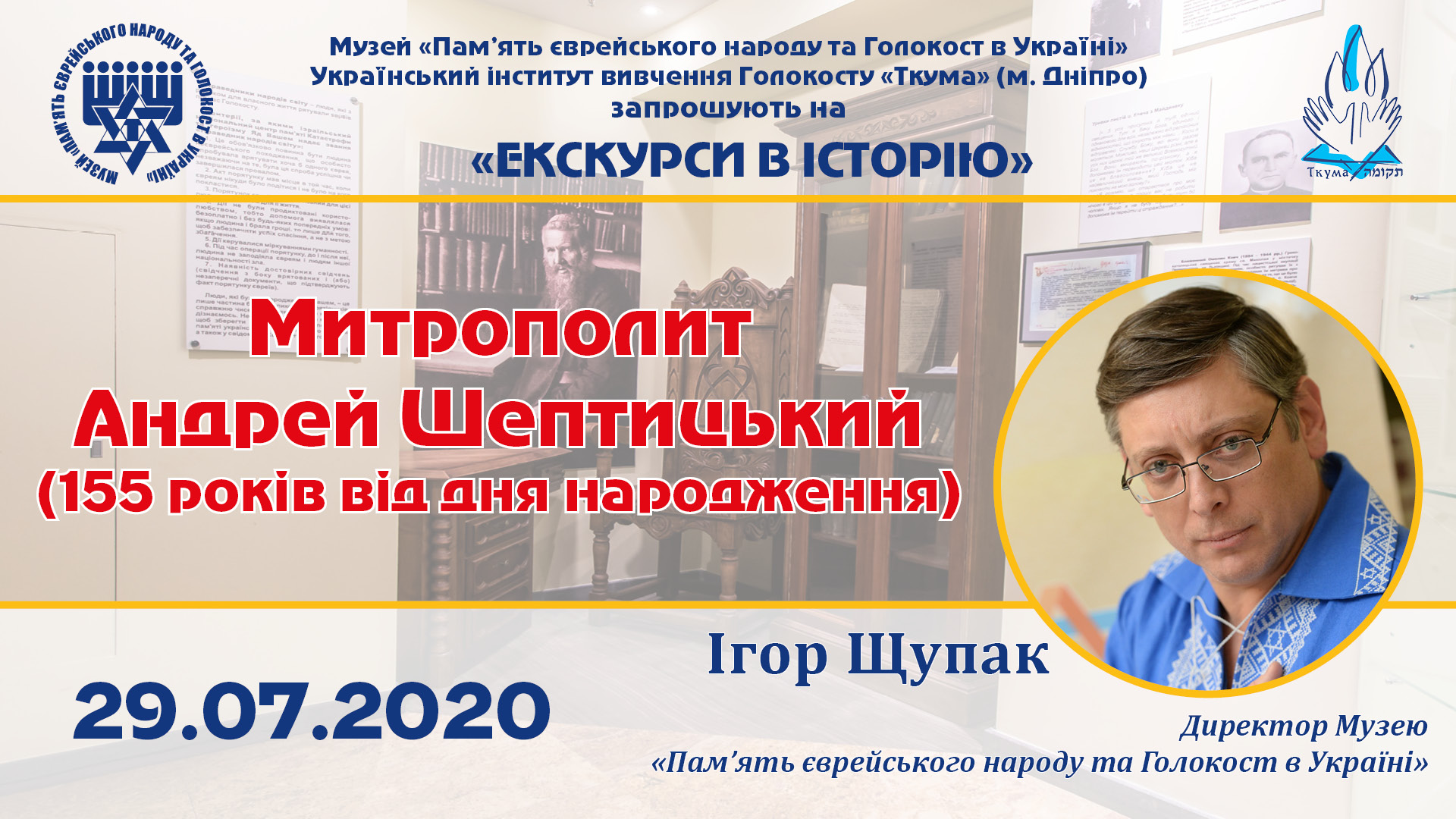 Dear friends! We invite you to watch the online lesson dedicated to the 155th anniversary of Andrei Sheptytsky birth (secular name Roman Maria Alexander Sheptytsky) – a prominent church and public figure, spiritual leader of the Ukrainian people in dark times of the first half of the XX century. Andrei Sheptytsky was the Metropolitan of the Ukrainian Greek Catholic Church, which he headed for almost 44 years.

Throughout the years, under any government, Metropolitan Andrei Sheptytsky was an undisputed spiritual authority for the clergy, for the intelligentsia, for the commoners. He had to be reckoned with by representatives of every government that came to Galicia: the Soviet government in 1939–1941; Nazi occupiers; and again the Soviets.

A special aspect of Andrei Sheptytsky's life and activity was that he and his brother Clement organized a whole system of rescuing Jews by monks of the Ukrainian Greek Catholic Church, which saved the lives of 150 to 200 Jews.

Metropolitan Andrei has not yet been canonized, has not yet been recognized as the Righteous Among the Nations, but he is honored by Ukrainians, Jews and other people for whom the human, spiritual values that Andrei Sheptytsky adhered to are important.