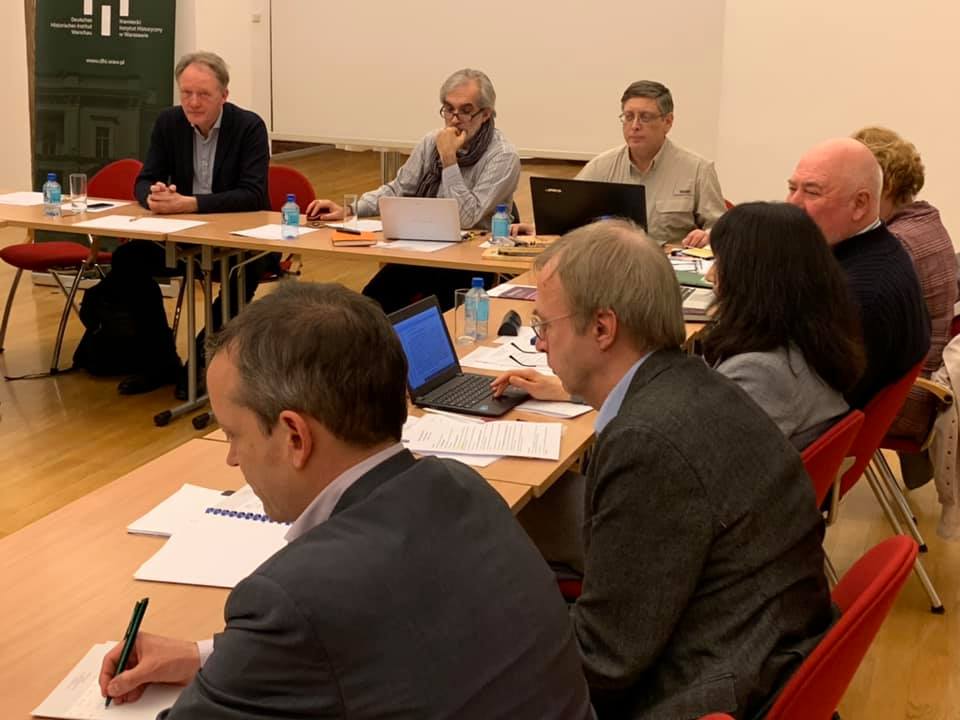 On February 27-29, regular meeting of the Ukrainian-German commission of historians was held at the invitation of the German Historical Institute in Warsaw. From the Ukrainian side were – Prof. Yaroslav Hrytsak (co-chair of the Commission), Prof. Polina Barvinska, Prof. Helinada Hrinchenko, Prof. Oleksandr Lysenko, Prof. Yurii Shapoval, Dr. Igor Shchupak.

Together with German colleagues led by Prof. Martin Schulze-Wessel (co-chair of the Commission) discussed a number of issues, in particular:
- preparation of the scientific journal in cooperation with “Tkuma” Institute which will consist of participants articles from last year's conference in Dnipro, dedicated to World War II and the Holocaust history;
- support of young researchers who specialize in Ukrainian-German history.
Issues of comparative analysis on the Holodomor, the Holocaust and other genocides, as well as consideration of the possibilities of Ukrainian and German history books study were particularly important.
And the most important issue was devoted to the preparation of a major international conference, dedicated to the history of the Holodomor of 1932-1933, which will take place in autumn in Berlin. Call for Papers to this scientific event will be announced soon.