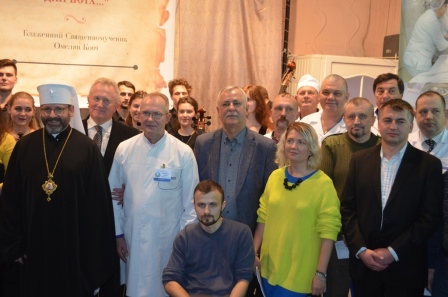 On November 30, 2016 at I. Mechnikov Dnipro Regional Clinical Hospital, His Beatitude Sviatoslav Shevchuk, Father and Head of the Ukrainian Greek Catholic Church, handed out Martyr Blessed Omelian Kovch Reward for the personal example of sacrifice and humanism to benefactors, volunteers, doctors, army men and public figures. For the sixth time this reward is given by the Committee for Commemoration of theMartyr Blessed OmelianKovch.