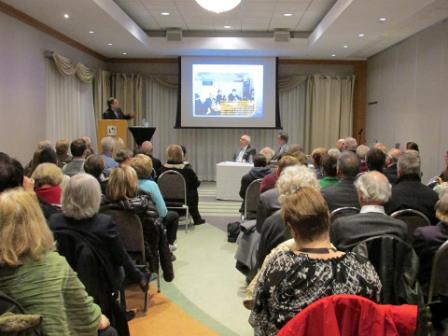 On October 15, 2015 Montreal hosted Panel Discussion dedicated to Andrey Sheptytsky, Metropolitan of Ukrainian Greek-Catholic Church, and Ukrainian-Jewish Relations. The event was organized by Ukrainian-Jewish Dialogue of Montreal in collaboration with the Jewish Public Library. Dr Igor Shchupak, "Tkuma"Д Institute and the Holocaust Museum Director was invited to participate in the discussion. 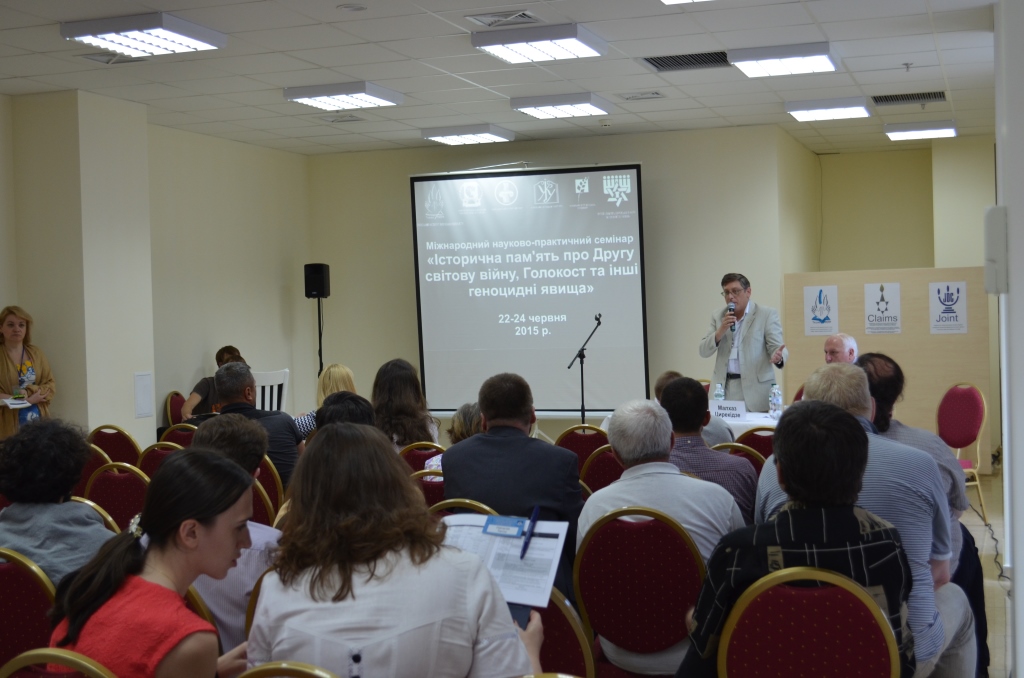 During the first day of the seminars scholars talked about the persecution of Armenians and Jews by Russian troops during World War II, about image of “Kurkul” and “Petliurists” in Soviet propaganda of 1920-30s, Nazi ideology of the 1930s and its influence on the younger generation in Germany, the national question in the Ukrainian SSR in the interwar period. Issues related to the historical memory of the Holocaust in Ukraine raised lively discussions. In particular, report by Vitaliy Nakhmanovich, Leading Research Associate Kyiv History Museum and executive secretary of the Public Committee for the Commemoration of the victims of Babi Yar, was devoted analysis of such “complex” memorial place for Ukrainians as Babi Yar, where in addition to thirty thousand Jews, thousands of Ukrainians and Roma were murdered. Maryna Strilchuk. “Tkuma” Institute Research Associate, tried to analyze the transformation of the views of Soviet and post-Soviet historians on the problem of Holocaust.

The second day of the seminar was devoted to religious and philosophical problems of memory of specific events of the past: from historical memory about the Holocaust and collaboration to the questions on deportations of Crimean Tatars in 1944 and forced migration to Germany. Topics related to current events in Eastern Ukraine became of particular interest for the audience. Thus, Dr Igor Shchupak spoke about the impact of propaganda on the creation of “idols”, as well as the use of Soviet propaganda images as new “quasi-religion” in the former Soviet Union. Dr Vladyslav Hrynevych organically supplemented this report by speaking about the images of World War II, which are actively used by Russian propaganda to incite war in the Donbas. Both reports aroused lively discussions.

Lecture by Timothy Snyder, Professor of Yale University, and presentation of his book “Bloodlands: Europe Between Hitler and Stalin” became the special event of the seminar.

The Meeting on Creation of Ukrainian-German Historical Commission 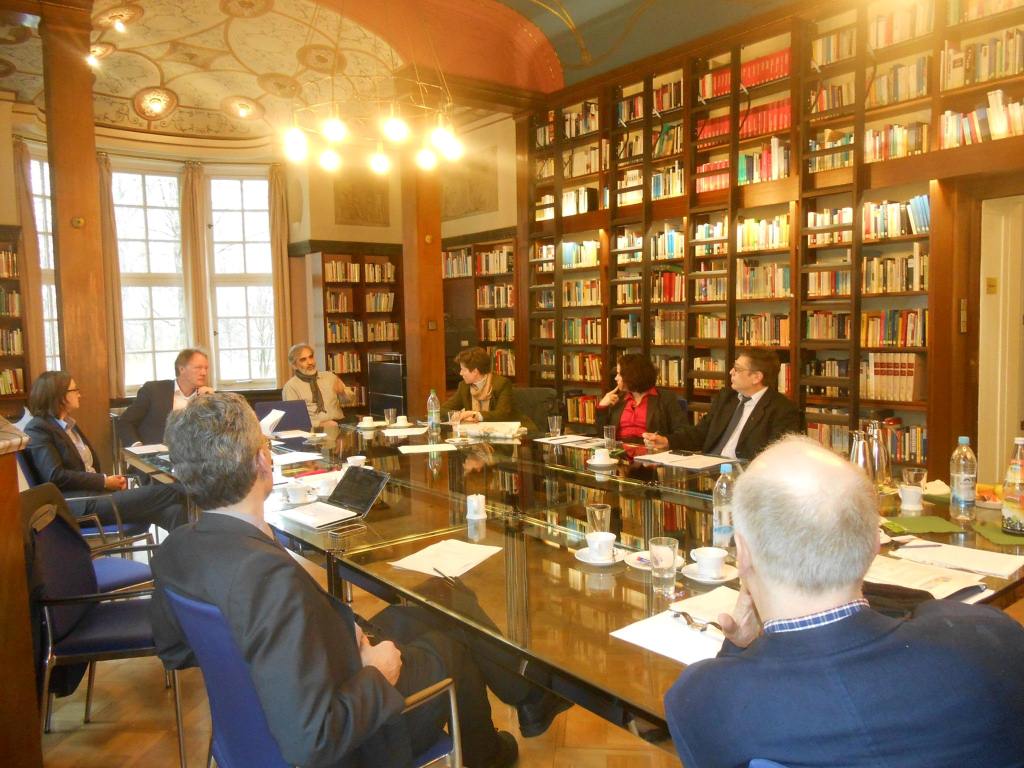 On February 26-27 in Munich the meeting of the Ukrainian and German historians and discussion on the creation of Ukrainian-German Historical Commission was held. In particular, the participants defined the range of the questions for discussing. They included questions on the Holocaust history teaching and the creation of the alternative textbook on World War II and the Holocaust history.
Intellectuals of Ukraine and Germany have been planning the idea of creating the Ukrainian-German Commission for a long time. But this idea turned into reality only now. Polina Barvinskya, Candidate of Historical Sciences, Doctoral Candidate of Modern History Department of I. I. Mechnikov Odesa National University, the specialist on Ukrainian-German relations; Yaroslav Hrytsak, Doctor of Historical Sciences, Professor of Ukrainian Catholic University; Igor Shchupak, Candidate of Historical Sciences, “Tkuma” Ukrainian Institute for Holocaust Studies and Museum “Jewish Memory and Holocaust in Ukraine” Director represented Ukrainian part in the creation of the Commission.

Read more: The Meeting on Creation of Ukrainian-German Historical Commission

The Future of Ukraine in Cultire 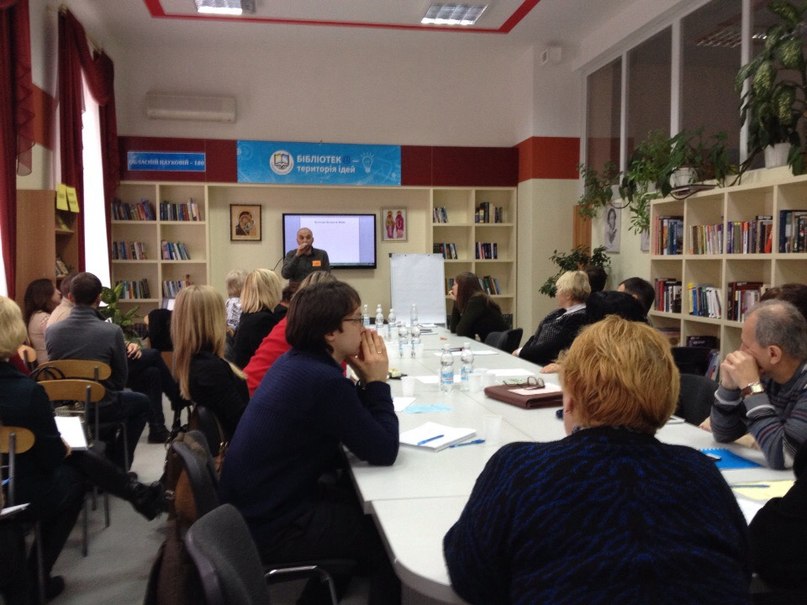 Leading specialists in the sphere of culture in Dnipropetrovsk met at Cyril and Methodius Regional Universal Scientific Library to discuss All-Ukrainian project “Culture-2025. Platform for Changes”.

This project will cover the whole country and consider different positions and requirements in the sphere of culture and general public. It has begun with strategy sessions in Lviv and Vinnytsia. At present the project has already been discussed in Dnipropetrovsk. Zaporizhzhya, Kharkiv, Odesa and Kyiv are next.

The representatives of culture institutions of Dnipropetrovsk and region – workers of the museums, libraries, creative associations, conservatories, philharmonics, theatres, etc., took part at the discussion in Dnipropetrovsk. Dr. Oleksandra Leonova represented Museum “Jewish Memory and Holocaust in Ukraine” and “Tkuma” Institute at the roundtable.

The participants discussed obstacles on the way to cultural development which occurs in legal and financial systems, communication, infrastructure and others. Alongside with the main problems – contradictions in legislation, which regulate culture institutions’ activity, the financing of culture by the “leftover principle” – the participants of the discussion turned their attention to the general problem of the population’s low cultural level and change of the value system of the Ukrainian society, for which promotion of personal cultural level is not a priority. Despite the difficult situation in the sphere of culture in Ukraine, the participants were quite optimistic, as the organizers of the event came to Dnipropetrovsk to hear the opinion of representatives of cultural sphere and their propositions for improvement of the situation. After the discussion of the complex of cultural issues, which Ukrainian society and professional environment is currently faced with, the participants tried to propose their own problem-solving ideas. It’s significant that such discussions are aimed at creating Ukrainian cultural development strategies and its legal registration for the next decade – 2015–2025. Maybe the future bill, created on the basis of professional discussion of the actual issues locally, not just “front-office decision”, would turn out to be viable and, at last, would outline the positive dynamics of cultural development in Ukraine. However, the key to successful development of culture (and not just culture) is not only favorable conditions on the part of the state, but also an active position, interesting initiatives and innovative approaches, the desire to evolve and change our society for the better not only of cultural figures, but also of all those aware of the importance of culture in Ukrainian society.

During the discussion Oleksandra Leonova especially emphasized the importance of creating favorable conditions for the developing of national cultures in Ukraine, development of the atmosphere of tolerance and overcoming xenophobia, discrimination, anti-Semitism, which is an important step for Ukraine on the way to the European and the world cultural values.

Fruitful debates, idea exchange and free intercourse allowed the participants of the discussion to formulate propositions on main directions of the strategy plan on cultural development.