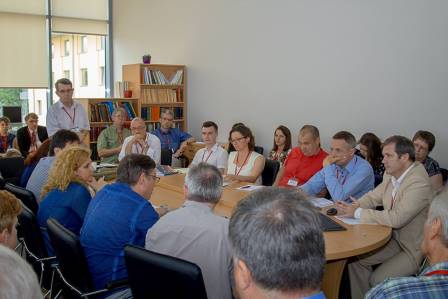 Scholars and researchers from North America, Eastern and Western Europe, Ukraine, Belarus, Russia and even Korea had the opportunity to debate with their colleagues, exchange ideas and explore deeper chosen themes. The program consisted of about 450 presentations, including 150 thematic panels and series of sectional and plenary sessions dedicated to Ukraine, Belarus, Russia, Eastern Europe and Eurasia in the current global and local context.

The overall theme was – “Images of the Other”, which included consideration of the concept and the image of the “other” in history, politics, religion, art, cultural and social practices, public discourse, mass media, etc.