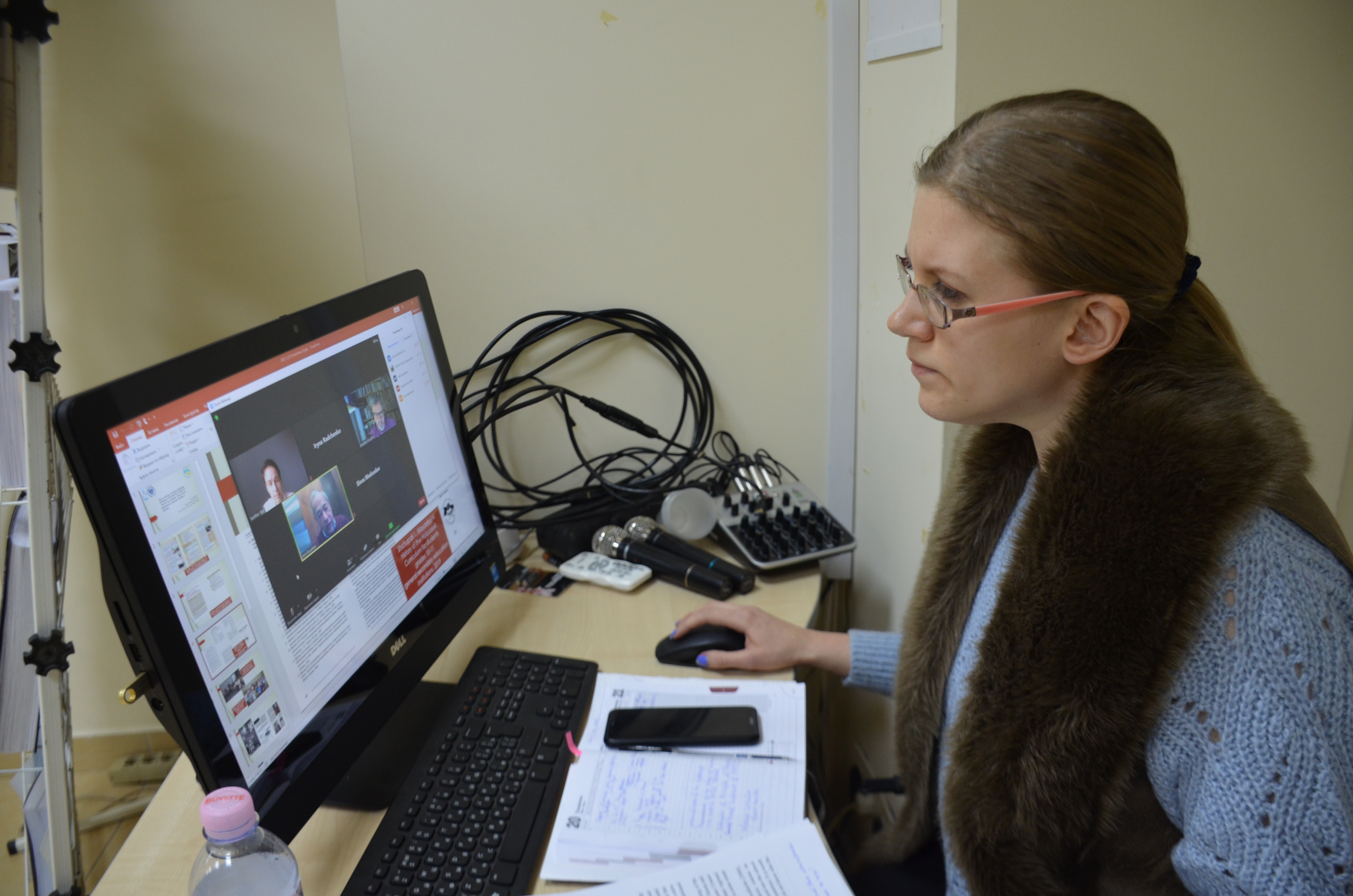 On December 7, International Conference “Forward and don’t forget: Writing and Teaching about the Holocaust today” was organized by “P. A. Levin Library” Initiative, Indiana University, Museum “Jewish Memory and Holocaust in Ukraine” and “Tkuma” Institute in terms of joint project of “Tkuma” Institute and Yad Vashem “Holocaust studies in Ukraine for the formation the atmosphere of tolerance”.

Prof. Paul Levine and Stefan Bruchfeld wrote a book “Tell Ye Your Children: A Book About the Holocaust in Europe, 1933-1945”. In 2018, the Ukrainian version of the book was published, which included special chapters written by Dr. Igor Shchupak, devoted to the history of the Jews and the tragedy of the Holocaust in Ukraine.

Almost 2-hour webinar was attended by experts on the Holocaust and memory studies, who offered their own vision of certain aspects of history, the memory of the tragedy of Jews. Olena Medvedev a researcher at the “P. A. Levin Library” Initiative and a researcher at the Free University of Berlin (Germany) made a welcoming speech. Alvin H. Rosenfeld Professor of English and Jewish Studies, Irving. M. Glazer Chair in Jewish Studies, and Director of the Institute for the Study of Contemporary Antisemitism, Indiana University, Bloomington. Alvin Rosenfeld offered reflections on such figures as Chaim Kaplan, Elie Wiesel, Primo Levi, and Imre Kertesz. It was literary in nature, although within a historical context. And the emphasis was on the moral dimensions of Holocaust testimony. Omer Bartov, Brown University, John P. Birkelund Distinguished Professor of European History, Professor of German Studies.Omer Bartov spoke on the benefits, and limitations, of exploring the Holocaust as it transpired on the local level, and as it was recounted by its protagonists.

In her report, Iryna Radchenko, a researcher of “Tkuma” Institute, paid special attention to the importance of this book for the study of the Holocaust in Ukraine, especially in secondary and higher educational institutions of Ukraine. The history of the Jewish genocide in Ukraine as part of Ukrainian and European history is a key topic for understanding the problems of modern society, the need to formate an atmosphere of humanism and tolerance.

At the end, the lecturers outlined further prospects for studying the topic of the Holocaust, in particular its teaching in educational institutions.

Full record of the event is by the link below: