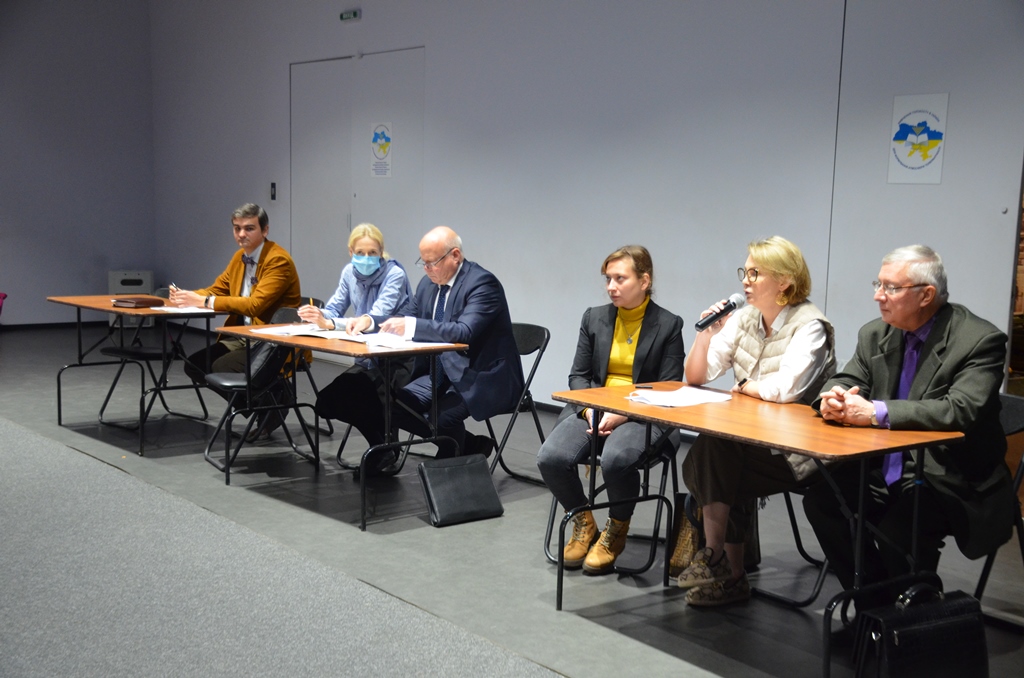 On October 22, All-Ukrainian round table “UKRAINE AND GERMANY IN WORLD WARS: IMAGES AND APPROACHES TO MEMORY POLICY”; “BRIDGES OF MEMORY: MODERN UKRAINIAN-GERMAN DISCUSSION ON WORLD WAR II AND THE HOLOCAUST” was held at Dmytro Yavornytskyi National Historical Museum. The event was organized in conjunction with “Tkuma” Ukrainian Institute for Holocaust Studies, Oles Honchar Dnipro National University, Dnipro Development Agency with support of Consulate General of the Federal Republic of Germany in Donetsk / Dnipro office and project “Holocaust studies in Ukraine for the formation the atmosphere of tolerance”.

The participants of the round table, who spoke online and offline, were respected scientists from all over Ukraine, in particular: prof. Yaroslav Hrytsak (Ukrainian Catholic University), dr. Ruslan Zabilyi (Lonsky Prison National Memorial Museum), prof. Oleksandr Lysenko (Institute of History of Ukraine at the National Academy of Sciences of Ukraine), dr. Oleh Repan, associate professor of history of Ukraine at Oles Honchar Dnipro National University and director of the Institute of Dnipro History, Vasyl Pavlov (head of the Military History Policy Sector of the Department of Military Education, Science, Social and Humanitarian Policy of the Ministry of Defense of Ukraine), prof. Yurii Shapoval (I. Kuras Institute of political and ethno-national research at the National Academy of Sciences of Ukraine), dr. Igor Shchupak and other famous historians.

During the round table, researchers talked about different memories: collective and individual, about oral memory, learned from the stories of the direct participants in the events - the military and residents of the occupied territories, Ukrainians, Germans and representatives of other ethnic groups. The means of memory formation used by Soviet, Russian imperial and Nazi propaganda were analyzed. The formation and preservation of the memory of previous experiences of Ukrainian-German cooperation – during the First World War and the Ukrainian national liberation struggle of 1917-1921, the period of peaceful and fruitful interaction between the Ukrainian population and German colonists in the XIX century were discussed. Special attention was paid to the tragedy of the Holocaust in Ukraine and the feat of the Righteous Among the Nations.

You can watch the video of the broadcast on “Tkuma” Institute YouTube channel.