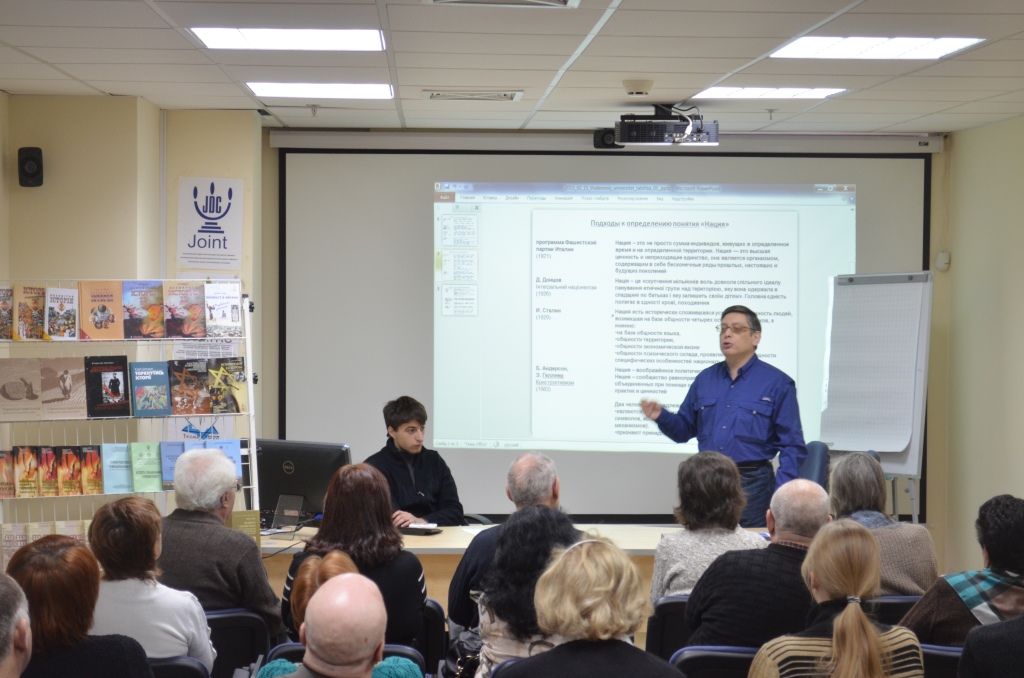 This was Dr Igor Shchupak, "Tkuma" Institute and Museum "Jewish Memory and Holocaust in Ukraine" Director, started the session with. He drew the line between the concept of "ethnos", "nation", "people", "nationalism" and "patriotism". During the discussions Dr Shchupak together with his co-moderator Denys Shatalov, "Tkuma" Institute and the Museum Research Associate, revealed the basic theories of nation and nationalism by D. Dontsov, S. Bandera, V. Lenin, B. Andersonа, E. Gellner and V. Tyshkov. Although most of listed names means nothing to ordinary people, but yet their theories provide the foundation for a common understanding of the above concepts. During the session the lecturer together with all those present formulated simple definitions of the concepts that are often used by Ukrainians, but are not always fully understood by them.
It is important that the lecturer put the theory on the events of the past and contemporary realities from the formation of Russia to the "self-determination of the people of Crimea" and "Voice of Donbas". These painful problems caused lively discussion among the participants. However, this was not a debate in the full sense, rather format of questions and answers. When will the war end? How to speed up the establishment of peace? These and other issues that may not be directly connected to the themes of the session, but definitely are painful for participants the Sunday University, sounded in the audience.
The next session of the Sunday University will be devoted to the topic "Women, War and Peace".