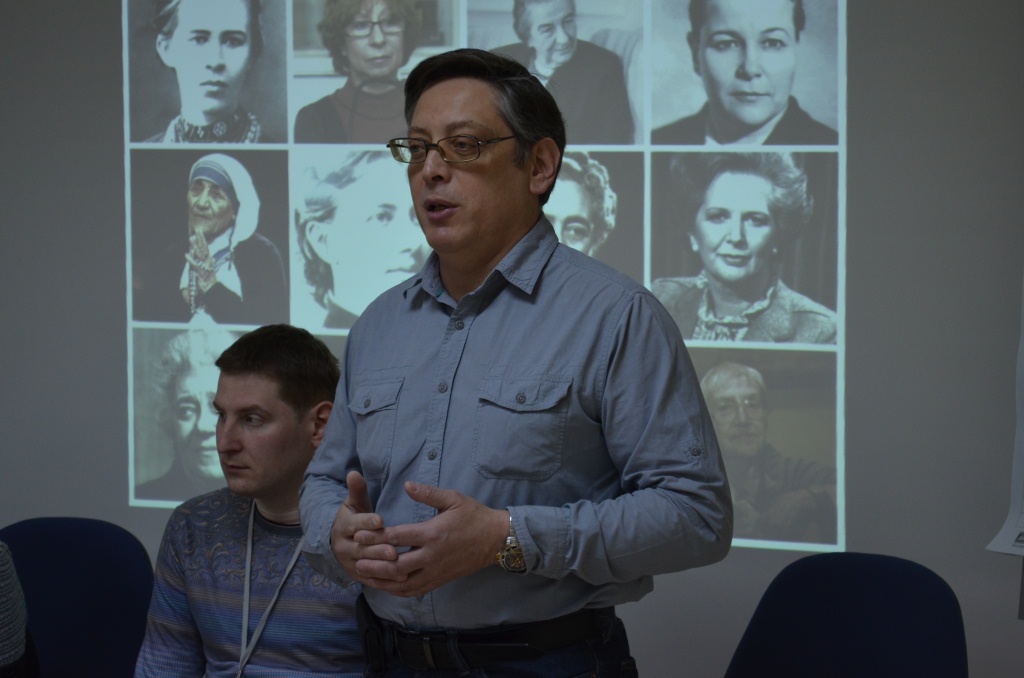 Starting the session, Dr. Igor Shchupak turned to ancient history and reminded about the matriarchal structure of primitive communities and explained the reasons for its change to patriarchy. Then the “woman question” was considered on specific examples: Joan of Arc, the Soviet underground worker Tetyana Marcus, UPA underground worker Maria Savchyn, Red Army sniper Lyudmyla Pavlyuchenko, pilot Nadia Savchenko. The discussion was built around short reports on the stories of these women presented by “Tkuma” Institute research associates Vladyslav Bazylevsky, Dilfuza Hlushchenko, Lyudmyla Sandul and the listener “The Sunday Club” Georgiy Stolyarenko.

The discussion went far beyond the topics raised and touched on moral and human values. Can the heroism be considered as the resistance to invaders? What provokes the enemy to punitive actions against the civilian population? Can we say that representatives of underground movements are heroes? What really can be considered a feat and can this notion be an objective one?

The topic of the next session is “Military Secret and Military Truth: Dedicated to the 70th Anniversary of the Victory Over Nazi Germany”