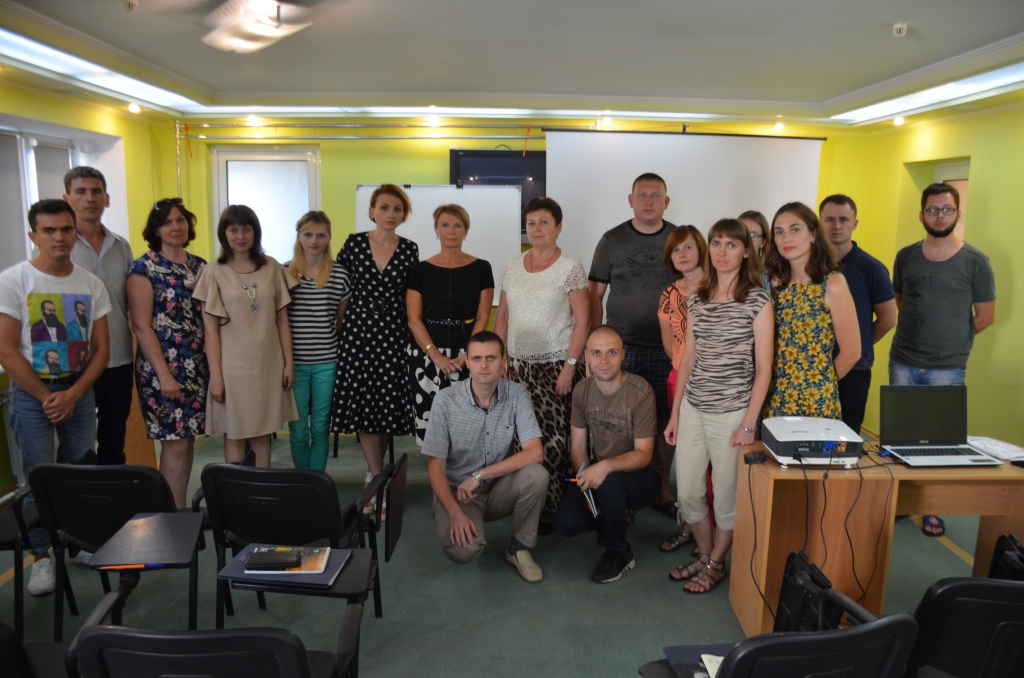 On July 1st-4th Summer scientific studies of “Tkuma” Ukrainian Institute for Holocaust Studies for history teachers was held in Ternopil. Teachers from 16 regions of Ukraine became the participants of this event.

During the first day of training, lectures on the regional features of the Holocaust, memory on World War II and other difficult questions of history (Dr. Igor Shchupak), methodological aspects of World War II and the Holocaust history teaching (Prof. C. Bakhanov) waited for the participants. At the end of the working day a meeting with Iryna Kaminska – a well-known journalist and public figure, mother of Amina Okueva, hero of Ukraine, which told about modern war, was held.

The second day began with a guided tour to Zbarazh castle and the presentation of the book “Essays on Zbarazh Jews history. “New” Jewish city cemetery” by Tetiana Fedoriv – junior research assistant of National Reserve “Ternopil Castle”research department. After everyone came back from Zbarazh to Ternopil, multicultural space of the city was discussed during practical lesson-excursion.

During the third day of the Summer studies the work continued very actively: Yehor Vradii, deputy head on scientific work of “Tkuma” Ukrainian Institute for Holocaust Studies, Ph. D. conducted a lecture-conversation on “The Holocaust teaching: by numbers, biographies, places, or by witnesses memoirs?” Valentyn Rybalka, researcher of Museum “Jewish Memory and Holocaust in Ukraine” continued the work of the studies with practical lecture on “Oral history as a historical source: between probability and distortion”.

Oksana Puhonska (Ostroh, Rivne region) associate professor of the Ukrainian language and literature department at the National University “Ostroh Academy”, candidate of philological sciences told about the military memory scale in the historical-literary context. After that, viewing and discussing a documentary film “Road to Babyn Yar” directed by Boris Maftsir, presented by Faina Vynokurova – deputy director on scientific and methodological work of the Vinnytsia State Archive, Ph.D. in Historical Sciences (Vinnytsia) was held. Continuing the cinema topic Iryna Piskarova, head of “Tkuma” Institute educational department has demonstrated how it is possible to study the Holocaust topic in educational institutions through cinema.

During round table on “World War II and the Holocaust history study for modern society development and problems understanding”, discussion and exchange of opinions regarding listened lectures and work during practical classes were held.

At the end of the day, Zoryana Bondar, the Holocaust Museum library head, Dr. Yehor Vradii and Valentyn Rybalka presented new editions of “Tkuma” Institute. All interested had the opportunity to receive books with publications author’s signatures and to communicate with them.

On the last day of the studies there was a training on the methodology of teaching the tragic history in the history school course held by Vyacheslav Mayorskyi (Chornomorsk, Odesa region), deputy director of Chornomorsk secondary school № 1, doctor of philosophy of pedagogy.

This year's summer studies was very rich and extremely productive, each participant enriched with knowledge, got the colleagues' interesting experience and received inspiration for future work.