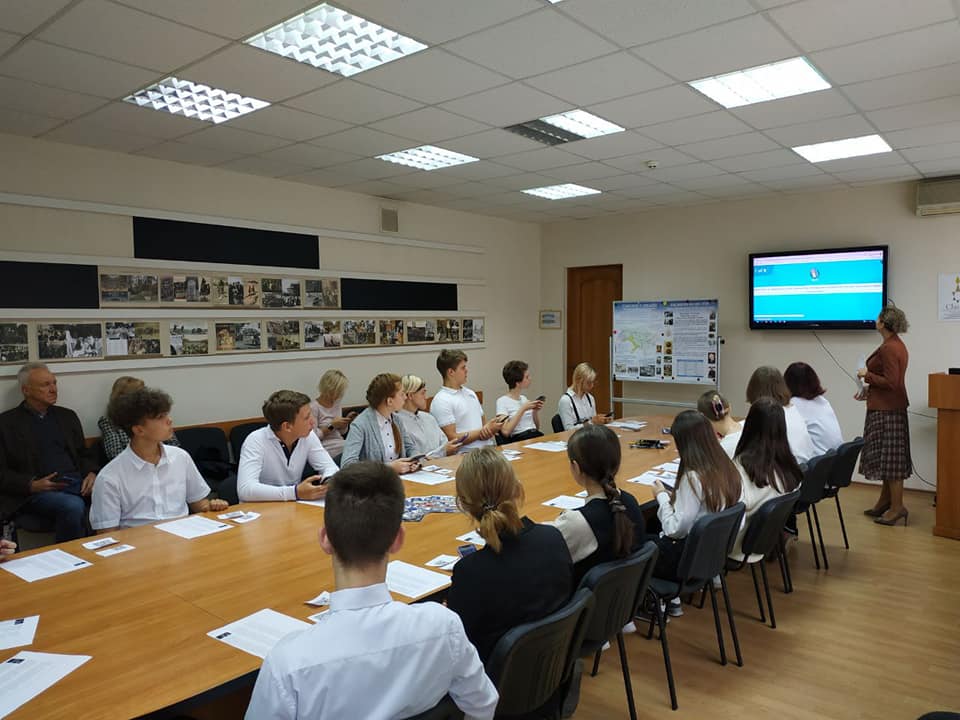 On September 29, an open lesson dedicated to the 80th anniversary of the Babyn Yar tragedy was held at the Dnipro Scientific Lyceum of International Relations. Tenth-graders analyzed the causes of the Holocaust and the peculiarities of it in the occupied territory of the USSR. Lyceum director, history teacher Natalia Vlasova organized interactive work of students with the use of innovative educational technologies. The children searched for information on various platforms, prepared to participate in a project to collect evidence of oral history.

Dr. Olena Ishchenko, researcher at “Tkuma” Institute and Museum “Jewish Memory and Holocaust in Ukraine”, emphasized the tragedy and uniqueness of each of the millions of victims. She showed an exhibit from the Museum – children's boots, brought by the German military in October 1941 to the Dnipropetrovsk Tikhonenko family for little Nastya. These boots were taken from a Jewish child during the shooting of the Jews in the ravine of the Botanical Garden of our city. According to the family tradition, despite the poverty of the family, the “gift” was never used for its intended purpose – the boots were kept in the family as a memory of the terrible times of the Nazi occupation.

At the end of the lesson there was a discussion during which tenth-graders talked about the value of human life, that no ideology should push for crimes against humanity.