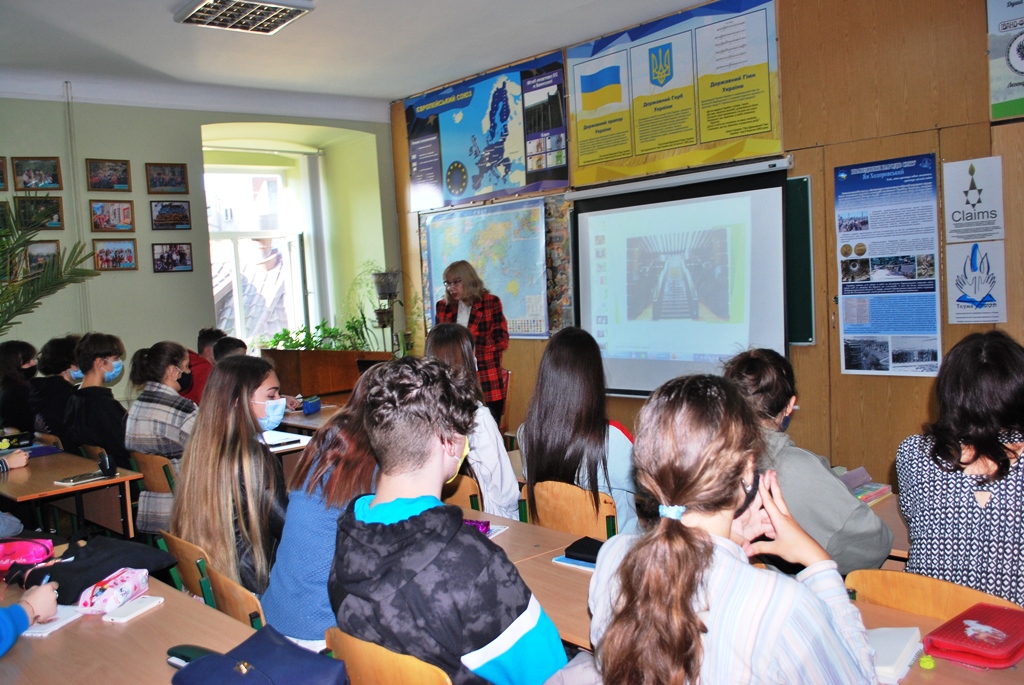 On September 9, an educational class on the Holocaust history was held in Lviv, dedicated to the 80th anniversary of the Babyn Yar tragedy. The event was organized by “Tkuma” Institute on the initiative of our partner, Deputy Director of the College Oksana Hryvnyak.

An interactive class for freshmen and teachers was given by Dr. Olena Ishchenko, researcher at “Tkuma” Institute. During the lesson they talked about the regional features of the Holocaust and the Feat of the Righteous Among the Nations. Special attention was paid to the history of rescuing Jews in Western Ukraine and Lviv region. Of particular interest to the audience was the story of “Ukrainian Schindler” Yan Khodorovsky – a student of Lviv Polytechnic, who rescued 26 Lviv Jews during the Holocaust.

Finally, the scientific and methodological literature of “Tkuma” Institute on the history of World War II and the Holocaust was presented.