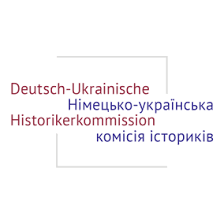 The experience of history shows that it is impossible to leave neighbors in trouble - because then their problems become common problems. We reiterate the importance of Germany's intensive dialogue with Ukraine and other eastern neighbors on a common past.

On June 22, 1941, Nazi Germany attacked the Soviet Union. A new, bloodiest page of World War II began. From that moment on, the fate of the world depended primarily on what was happening on the Eastern Front. The Soviet Union was able to win at the cost of enormous efforts and human losses of all the peoples who inhabited it.

However, in the West, this victory was considered and still is considered “Russian”. After visiting Ukraine in 1945, the American journalist Edward Snow wrote:

“What some are trying to portray as 'Russian glory' was primarily the Ukrainian war. No European country has suffered more from the deep wounds inflicted on its cities, its industry, its agriculture, its human strength”

Ukraine was at the center of large-scale military operations twice, during the offensive and retreat of German troops, and, unlike Russia, were completely occupied and became the object of a deadly Nazi policy.

Local Jews suffered the most. However, there is no local ethnic or social group that has not suffered great losses. This primarily applies to Roma, captured Red Army soldiers and mentally ill people, Belarusian and Ukrainian Ostarbeiters, deported Crimean Tatars, and the Polish cultural elite. These victims were in fact killed twice: the first time physically, during the war, and the second time after the war, by erasing the memory of them by the communist regime.

To a large extent, World War II in Eastern Europe is not over. The tragic experience of war serves here as material not for interethnic reconciliation, but for interethnic conflicts. Local governments are primarily responsible for this situation. This is especially true of the Russian government, which uses historical policy as a tool to interfere in the internal affairs of its neighbors, in particular to justify military aggression against Ukraine.

But even in Germany, the war in the East is often considered a "war against Russia”. Thus, the victims of other nations are silenced. Involuntarily, this helps the Kremlin maintain a monopoly on the history of the region.

We, members of the German-Ukrainian Historical Commission, call on the German government to commemorate the victims among Ukrainians and all the peoples of Eastern Europe who suffered from the German-Soviet war.

The experience of history shows that it is impossible to leave neighbors in trouble - because then their problems become common problems. We reiterate the importance of Germany's intensive dialogue with Ukraine and other eastern neighbors on a common past. For our part, we, as professional historians, undertake to take an active part in this dialogue through the national and international scientific institutions to which we belong, with the participation and with the help of our colleagues, doctoral students and students.