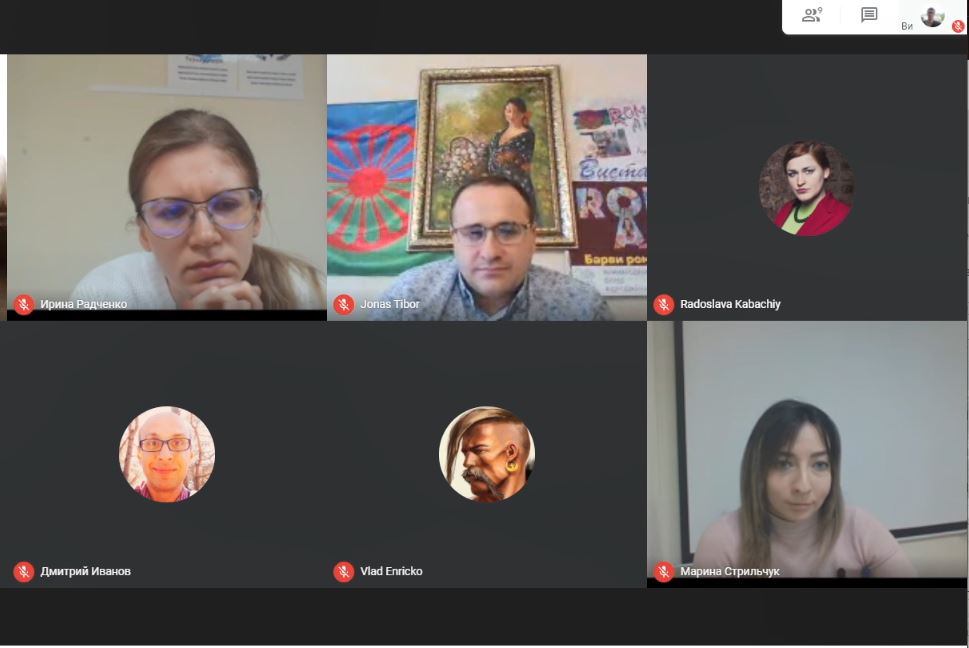 On April 8, the round table “Roma community of Dnipro: traditions, achievements, overcoming stereotypes" was organized by Dmytro Yavornytsky National Historical Museum of Dnipro. The event was attended by government officials, Roma public and cultural figures, historians, museum workers from Dnipro and others. Researchers from “Tkuma” Institute Dr. Iryna Radchenko and Maryna Strilchuk presented a project dedicated to the tragedy of the Roma people during World War II and implemented with the support of IHRA.

In particular, I. Radchenko spoke about research activities in scientific institutions of Ukraine and Moldova, which resulted in a mobile exhibition of banners, as well as their further presentation in Poland, Germany and Moldova. M. Strilchuk dedicated her report to the creation and opening of a permanent exhibition “The Tragedy of the Roma People in Ukraine and Moldova” at Museum “Jewish Memory and Holocaust in Ukraine” and focused attention on web-page dedicated to the genocide of the Roma on “Tkuma” Institute site.

The round table became an important part of the events dedicated to the International Roma Day (timed to the date of the First World Roma Congress in London - April 8, 1971). A separate point of the program was the presentation of an exhibition of paintings by Roma artist Tiberius Jonas and his students – students of the school “Rom Art”. The real decoration of the event was the concert of the Honored Worker of Culture of Ukraine Lyubov Vlasova and the ensemble “Living Water”.

Although the event was mostly held offline, however, all those interested could watch an online broadcast which was on the official page of Dmytro Yavornytsky National Historical Museum of Dnipro on Facebook. A video of the event will be posted on the resources of “Tkuma” Institute soon.