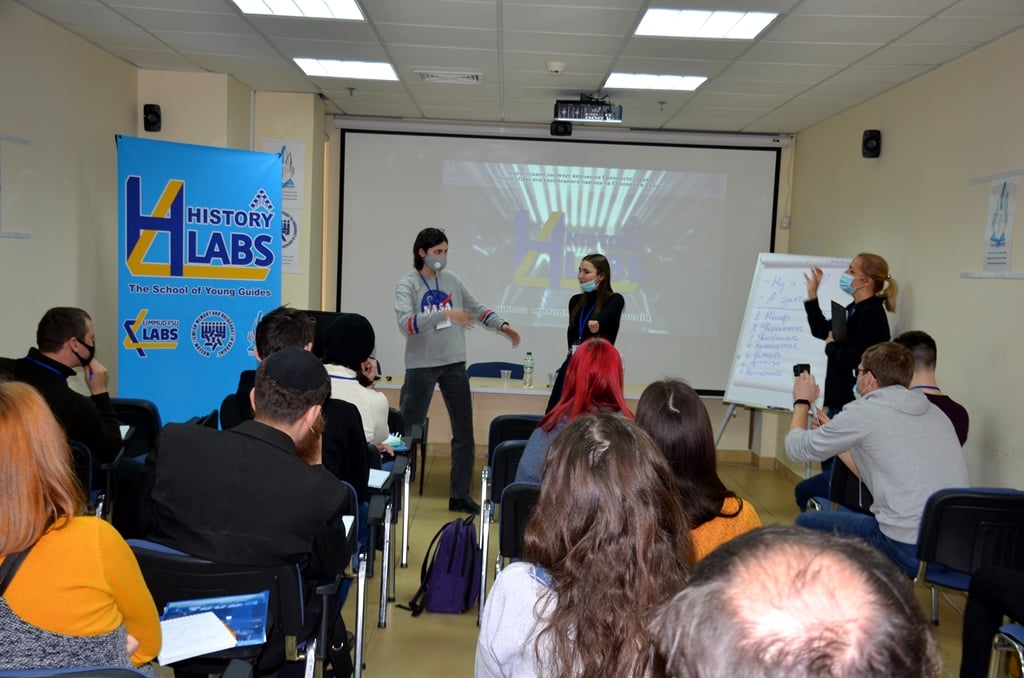 SCHOOL OF YOUNG GUIDE HISTORYLABS of Museum “Jewish Memory and Holocaust in Ukraine” and Limmud FSU Labs is working. March 21, was another, full of interactive classes, educational day. In addition to the “historical block” itself, psychological and language workshops have started today.

Liudmyla Kozina, Deputy Director for Psychological and Pedagogical Work of “Tkuma” Institute and Museum, conducted an informative and interesting lesson “Mr. (Mrs.) Guide, who are you?” (Psychology of the personality of the guide). Participants of our school learned what types of personality exist and how to conduct excursion activities according to each of them; what self-esteem depends on and how it can be increased; which guide you want to listen to and much more. And they had the opportunity to try themselves as a charismatic guide and exhibit and even a monument.

The participants learned about the history of our land and the peoples who inhabited it during a lecture-conversation: “Life of provincial Babylon: the multicultural world of the Ukrainian city (on the example of Katerynoslav)” conducted by Valentyn Rybalka, a researcher of Museum “Jewish Memory and Holocaust in Ukraine” and “Tkuma” Institute. The lecturer paid special attention to the stories about those ancient buildings on the map of our city, which best reflect its multinational character and are relevant to the history of Ukrainians, Germans, Jews, Russians.

HistoryLabs participants will have English and Hebrew workshops, public speaking classes, city tours and much more.