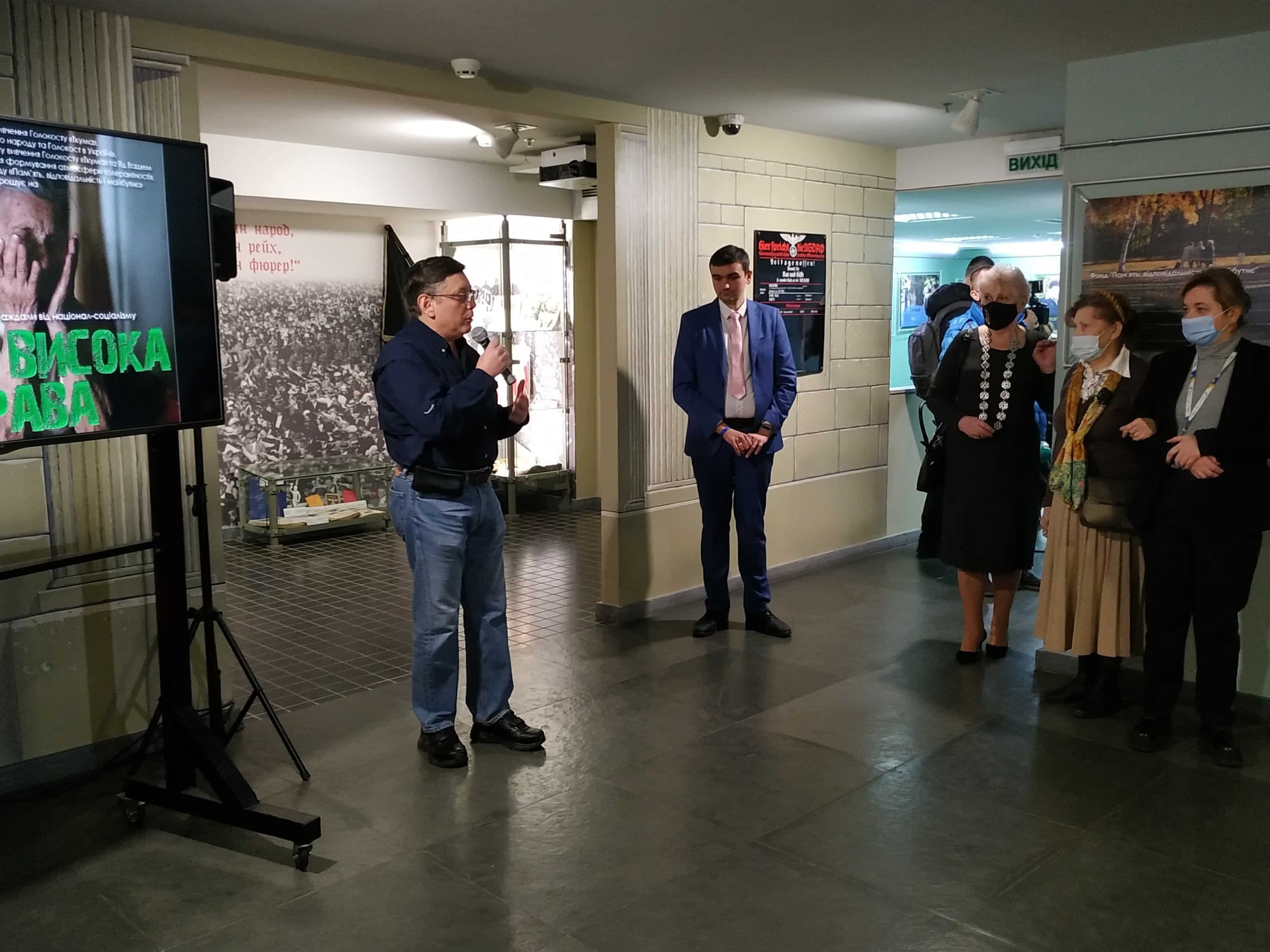 On December 10, 2020, Museum “Jewish Memory and Holocaust in Ukraine” opens a new exhibition – “There was tall grass” dedicated to fates of people who suffered from Nazi.

Its main characters are victims of genocide (Jews and Roma), former prisoners of concentration camps and ghettos, forced laborers, prisoners of war and people who were in the occupied territories.

“There was tall grass” project was supported and realized by the EVZ Foundation Remembrance, Responsibility and Future, Responsibility and Future and with the support of a joint project of “Tkuma” Institute and Yad Vashem “Holocaust studies in Ukraine for the formation the atmosphere of tolerance”. The exhibition consists of 29 expressive, full of inner strength portraits of survivors of Nazi terror. Each portrait is accompanied by a short history of the person and his/her reflections on what is really important.

At the opening ceremony of the exhibition, the head of the Dnipropetrovsk branch of the Ukrainian Union of Prisoners and Victims of Nazism, former forced laborer Liudmyla Kocherzhyna, academic consultant of the project, senior researcher at the Department of History of Ukraine during World War II spoke about the importance of preserving the memory of victims of Nazism, Head Researcher of history department of World War II at Institute of History of Ukraine, Candidate of Historical Sciences Tetyana Pastushenko, Head of the NGO ‘Care for the Elderly in Ukraine” Halyna Polyakova, photographer of the project “There was tall grass”, PR consultant of the Foundation Remembrance, Responsibility and Future Lesya Kharchenko, director of Museum “Jewish Memory and Holocaust in Ukraine”, “Tkuma” Institute, Candidate of Historical Sciences, Honored Educator of Ukraine Igor Shchupak. The opening of the exhibition was moderated by the Deputy Director of “Tkuma” Institute, Dr. Yehor Vradii.