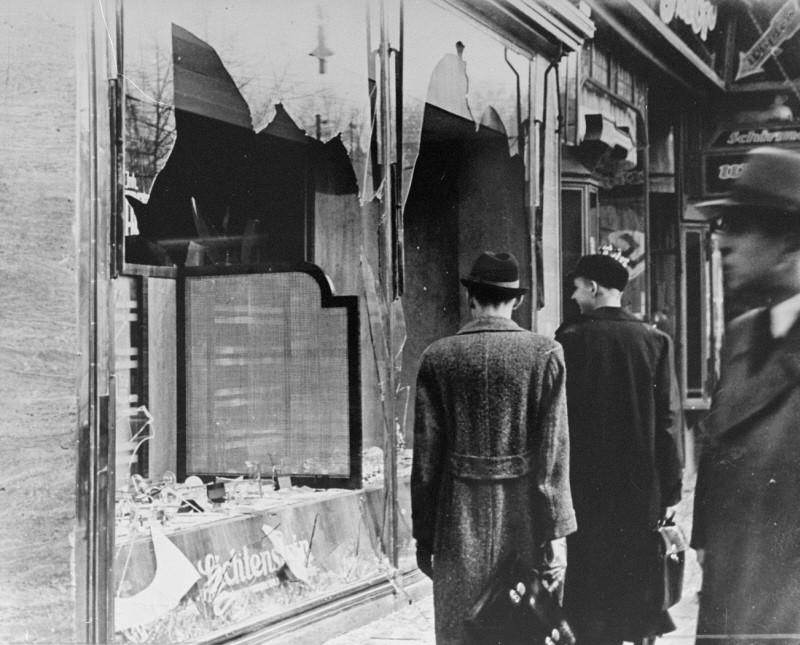 On November 9, people mark the International Day Against Fascism and Antisemitism. It was established in 1995 at the initiative of the UNITED International Network Against Racism, which brings together more than 500 organizations from 49 countries and operates independently of political parties and governments.

It was on the night of November 9-10, 1938, a mass Jewish pogrom began in Nazi Germany, which went down in history as “Kristallnacht” or the “Night of Broken Glass”. That event was the first mass act of physical violence by the Third Reich against the Jewish population. Hundreds of synagogues were destroyed, and thousands of Jewish shop windows were smashed. As the pogrom spread, SS units arrested up to 30,000 Jewish men and later sent them to Dachau, Buchenwald, and other concentration camps. “Kristallnacht” was the first step toward the mass imprisonment of Jews based solely on their racial affiliation. The pogrom of November 1938 is called the prologue to one of the most terrible crimes of the Nazi regime – the Holocaust, which took the lives of 6 million people.
We bring to your attention a video lesson by Marina Strilchuk, a researcher at the Museum “Jewish Memory and Holocaust in Ukraine”, dedicated to “Kristallnacht”.