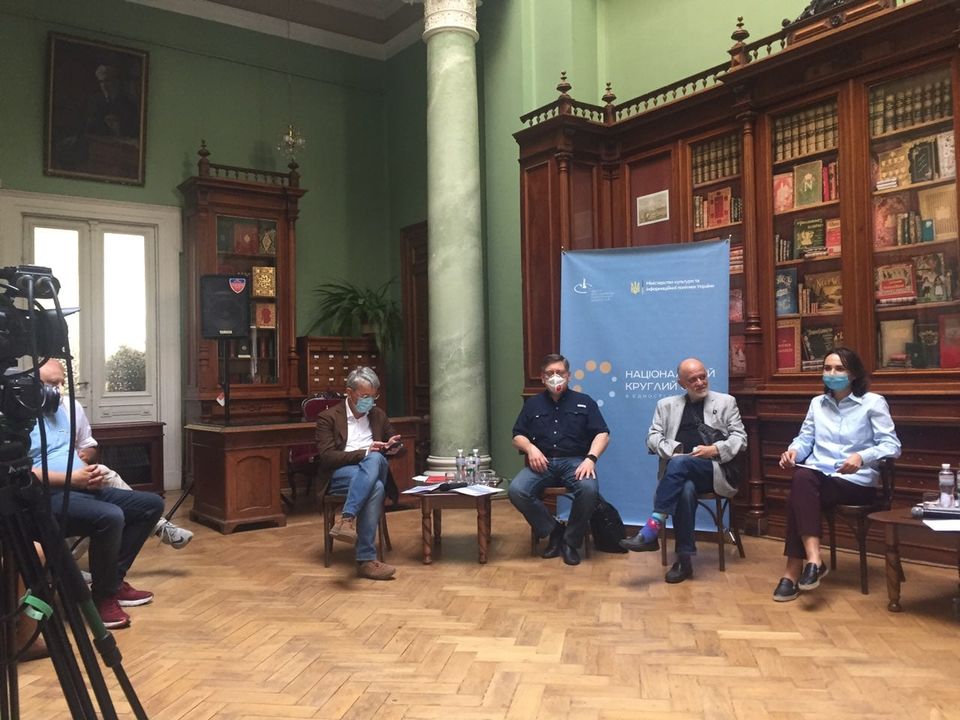 On September 24, National round table, dedicated to the Ukrainian pantheon of national heroes was held at Odesa National Scientific Library at the initiative of the Ministry of Culture and Information Policy. Together with the Minister of Culture and Information Policy Olekandr Tkachenko the event was coordinated by Oles Donii – famous journalist and public figure, and Ivan Patryli͡ak – doctor of historical sciences, dean of the faculty of history at Taras Shevchenko National University of Kyiv.

- How to distinguish between the concept of “national hero” and “historical figure”?

- Can we consider “historical heroes” prominent figures of history who did not feel like Ukrainians and more – were enemies of Ukraine?

This and other things have been discussed by scientists and politicians, artists and writers who have different views on history and modernity; their performances can be watched on video. A little bit later a book will be prepared – a collection of articles on this topic by the Round Table participants.

Dr. Igor Shchupak spoke of the necessity of “Humanization of history” not only by leaders-presidents-military leaders, but by ordinary people who sacrificed themselves to save other people. Special attention was paid to Ukrainian rescuers of Jews during the Holocaust, who were not awarded the title of “Righteous Among the Nations.”