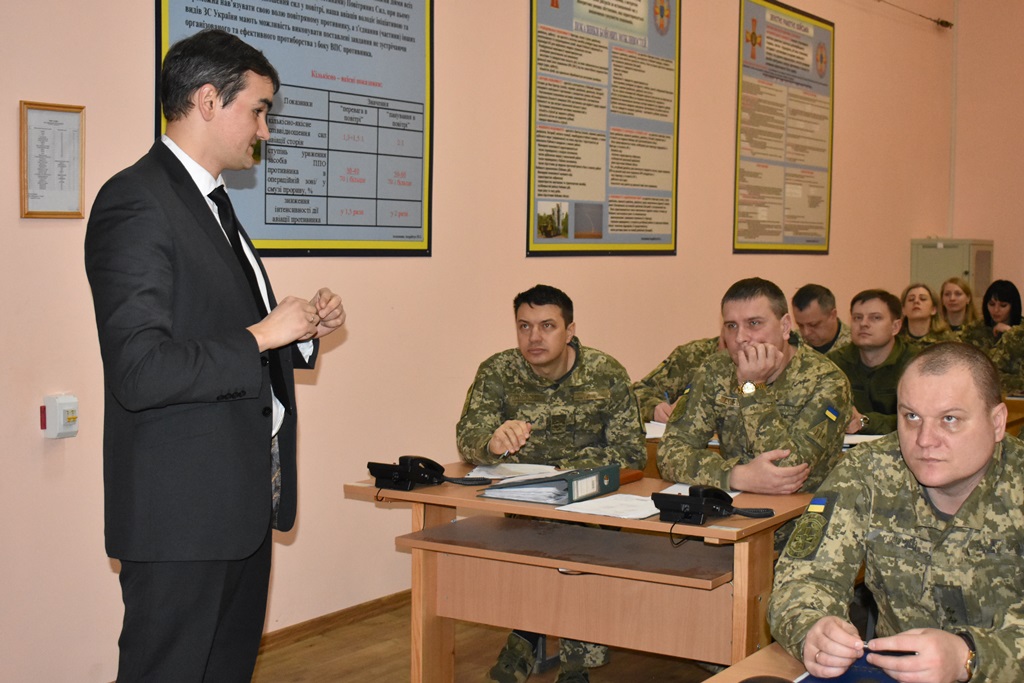 On January 31, lecture devoted to the International Holocaust Remembrance Day was held at the “East” air command (Dnipro). Dr. Yehor Vradii, “Tkuma” Institute deputy director held a lecture-discussion on “The Holocaust – Ukrainian dimension of the Catastrophe”.

Among the questions discussed during the lecture were the following: pan-European and Ukrainian contexts of the Catastrophe, topography of Nazi terror in Dnepropetrovsk, memory of the Holocaust in the world and in Ukraine. Genocide executors and their social and psychological traits were also discussed. Particular attention was paid to the feat of the Righteous among the Nations and the Jews rescuers in general, against the background of indifference and complicity during World War II.

At the end of the event Armed Forces of Ukraine officers together with lecturer discussed the impact of history on the present and the dangers of politicizing interpretations of the past.