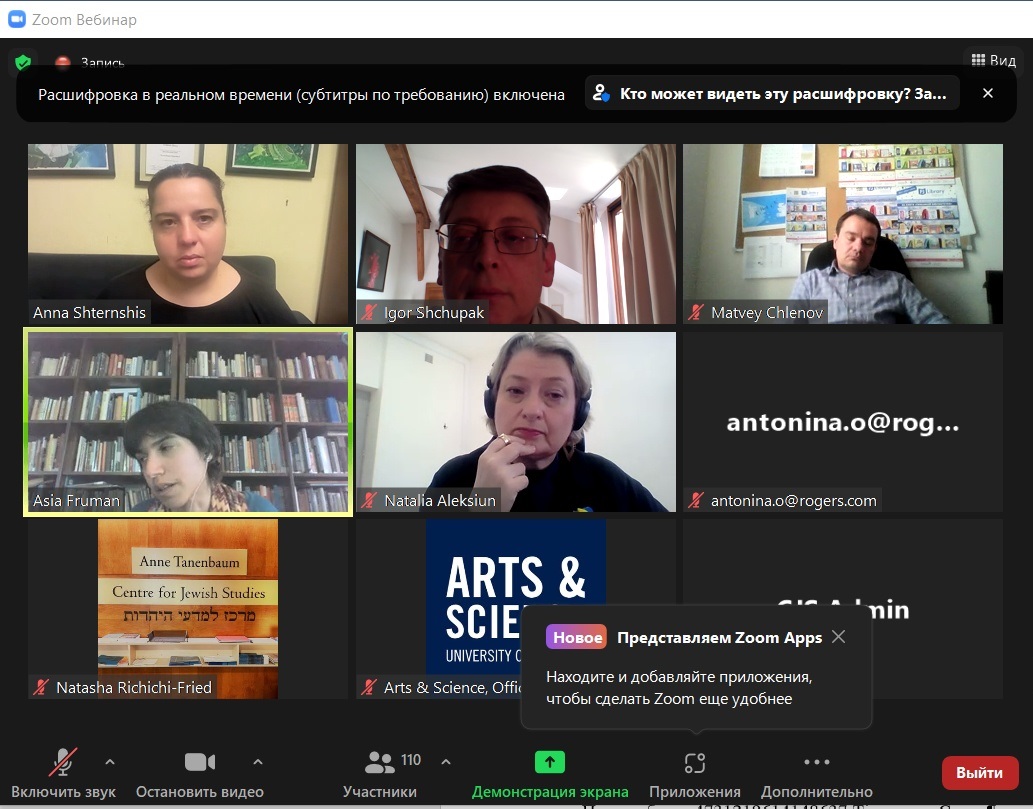 On March 23, at the invitation of Prof. Anna Sternchys, Head of the Center for Jewish Studies at the University of Toronto, Dr. Igor Shchupak, director of “Tkuma” Institute spoke at an online conference with scholars, students, educators from Canada, as well as the United Kingdom and Poland. In total, the audience was more than 100 people.

I. Shchupak spoke about the nature of Russia's modern war against Ukraine; about how Russian propagandists manipulate the terms “genocide”, “Nazism”, “nationalism”, while committing crimes against humanity. In this connection, the issues of the Jewish vision of modern war were touched upon; issues of the Holocaust history. Next time, I. Shchupak suggested to dwell on the problems of formation of national historical memory.