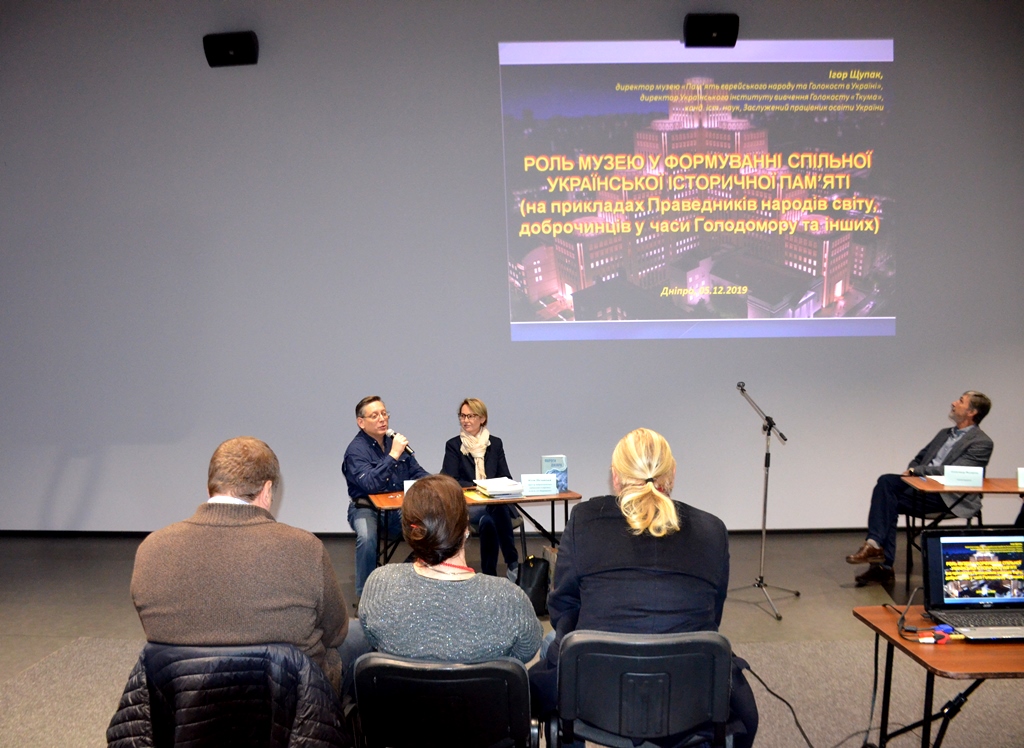 On December 5-6, scientific and practical conference “The modern museum as a source of identity formation” was held in Dmytro Yavornytskyi National Historical Museum on the occasion of Museum’s 170th anniversary.

Dr. Igor Shchupak made a report on “The role of the museum in forming a common Ukrainian historical memory (on examples of the Righteous among the Nations, philanthropists during the Holodomor and others)”, focusing, in particular, on different degrees of identity in the museum work, including – family (because the history of the family is part of the history of the people), regional, ethnic, national and cultural (Ukrainian, which includes cultures of Ukrainians of different ethnic backgrounds, as well as ethnic Ukrainians – as well as Ukrainian Russians, Jews, Crimean Tatars, Poles, etc.), civilization (modern European).

“In our country, a Ukrainian political nation is formed, consisting of Ukrainians of different ethnic origin, centered on Ukrainians and focuses on Europe; and in the course of this complex process, we must affirm the foundations of identity – human, European values, Ukrainian language, culture and education, historical memory, - mentioned Dr. Shchupak. – In fact, museums, as well as other educational institutions, must answer the question – How should common historical memory of representatives of the Ukrainian political nation looks like and how we should form it”.