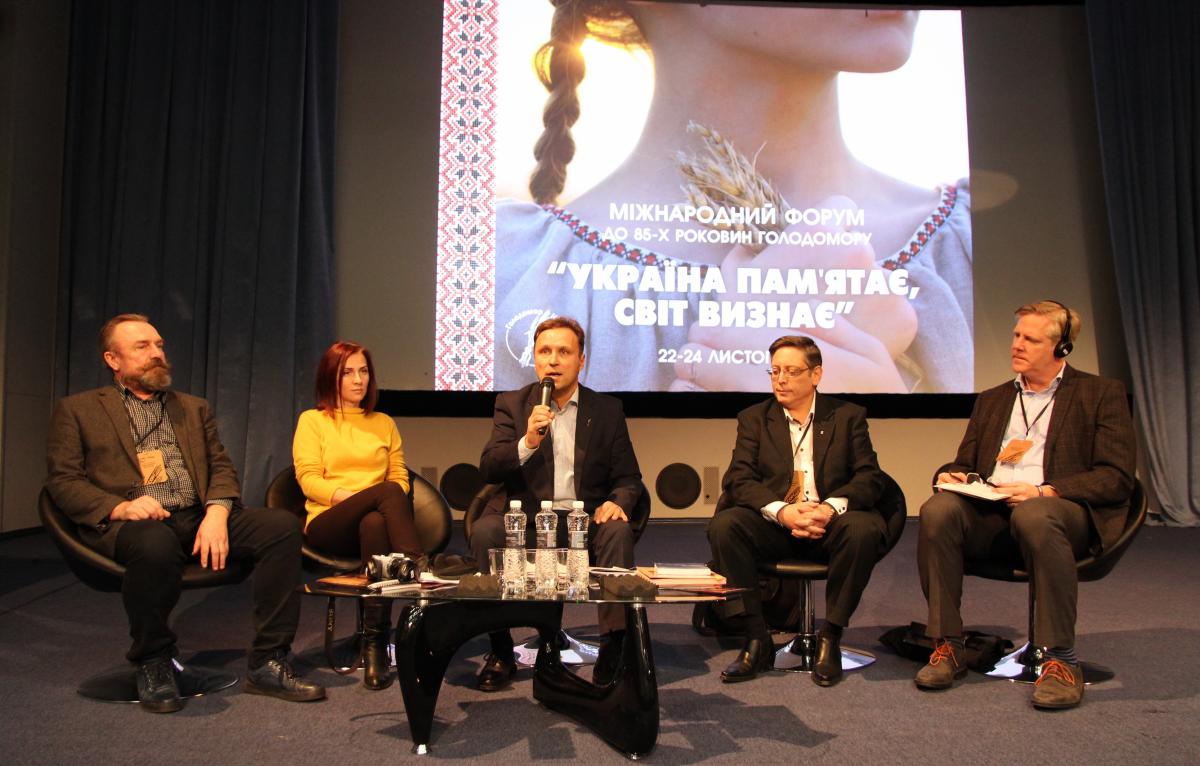 During November 22-23, the Ukrainian House hosted scholarly symposium within the framework of the International Forum “Ukraine Remembers. The World Acknowledges!” (dedicated to the 85th anniversary of the Holodomor 1932-33), which gathered hundreds of Ukrainian and foreign scholars studying the Holodomor, teachers, school and university students.

The Scholarly Session “Holodomor: Perspectives of Memorialization in the Museum Space” was attended by: President and Chief Executive Officer of the Museum of Human Rights in Winnipeg John Young (Canada), General Director of the National Museum “Memorial to Holodomor victims” Olesia Stasiuk, Director of the State Historical and Cultural Reserve “Mezhibiz” Oleh Pohorilets, Director of “Tkuma” Ukrainian Institute for Holocaust Studies and Museum “Jewish Memory and Holocaust in Ukraine” Dr. Igor Shchupak. The event was moderated by General Director of the National Memorial Complex of Heroes of Heavenly Hundred — Museum of the Revolution of Dignity Ihor Poshyvailo.

“The Holodomor, Holocaust history are not only tragedies, but a struggle for human life and human dignity. The genocide research should lead to a thought, simple and vital for us all: There is no somebody else’s pain”, noted Dr. Shchupak.

Educational platform “New Ukrainian School: Education/Knowledge about the Holodomor and Other Genocides” gathered teachers, methodologists, as well as scholars and journalists from all regions of Ukraine. Within the framework of the seminar, the educational director of the Holodomor Research and Educational Consortium at the Canadian Institute of Ukrainian Studies, Valentina Kuryliw presented a textbook on the Holodomor in Ukraine. The event was moderated by Raisa Yevtushenko, Chief Specialist of the Department of General and Secondary Education of the Ministry of Education and Science of Ukraine.

The International Forum ended up with the Holodomor Commemorative Ceremony.