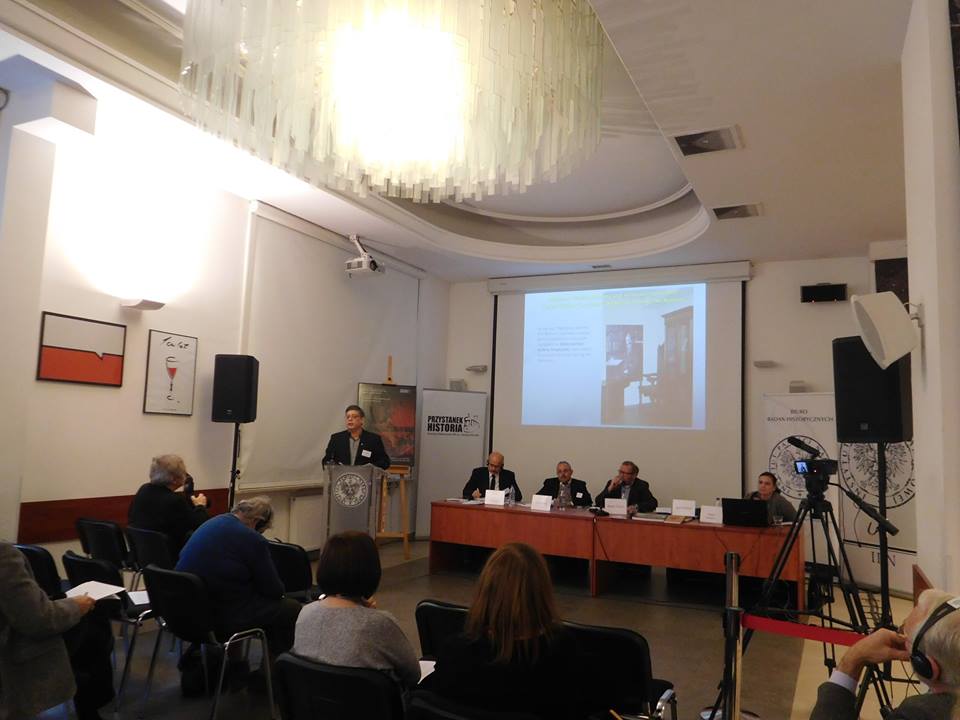 On December 6-8, 2017 Warsaw hosted International Conference “The Nations Occupied Europe Facing the Holocaust”, organized by the Institute of National Remembrance of Poland. Leading scholars – researchers of the history of the Holocaust from Germany, Italy, Finland, Denmark, Spain, Portugal, Ukraine and other countries became the participants of scholarly event. Dr. Igor Shchupak, director of “Tkuma” Institute and the Holocaust Museum, was invited to participate in this conference as well.

During the session “Countries of Eastern Europe”, which dealt with the history of the Holocaust in the Soviet Union in general, as well as in Belarus, Moldova and Ukraine, Dr. Shchupak presented a report “Who and Why saved Jews during the Holocaust in Ukraine: defining of the problem”. “ The report aroused interest, there were many questions, - notes the historian. -
Of course, there were question about OUN and UPA, in particular, about the role of Ukrainian nationalists in the extermination of Jews. I have said that at least four aspects should be taken into account regarding this issue: 1) the role of Ukrainian nationalists in anti-Jewish pogroms and in extermination of Jews; 2) Ukrainian nationalists – and the “stormy” Nazi policy of “final solution”; 3) examples of the rescue of Jews by Ukrainian nationalists; 4) participation of Jews in the Ukrainian nationalist underground. In addition, the ideology and practice of OUN development should be considered. It is necessary to see differences between ideological relations and what happened at the level of ordinary people”.

Within the framework of this scholarly forum, participants also joined the guided tour through Museum of the History of Polish Jews POLIN, conducted by the Museum’s chief historian, known researcher of the Holocaust Antony Polonsky.