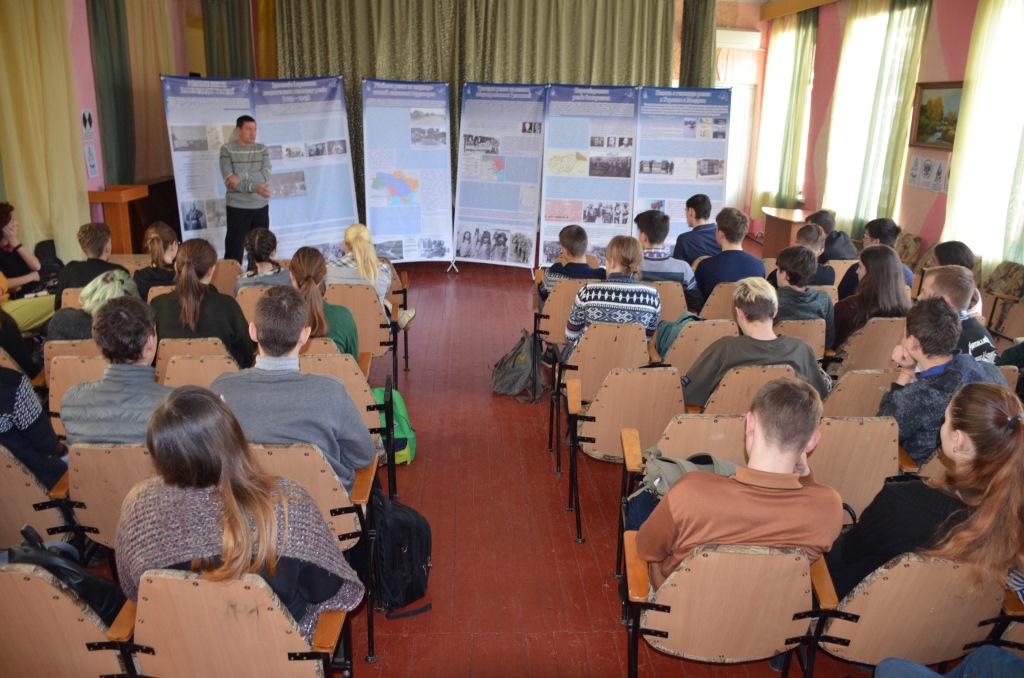 On February 19-21, 2018 “Tkuma” Institute and the Holocaust Museum Research Associates Valentyn Rybalka and Mykola Bulanyi, in the framework of the presentation of the mobile exhibition “Tragedy of the Roma People in Ukraine and Moldova”, held a series of events in the capital of Moldova, Chisinau.

On February 19-20, with the help of the Jewish Cultural Center “KEDEM”, Jewish Museum Moldova and its Director Irina Shikhova Five exhibitions were held for students in grades 7-12 of the Chisinau Lyceum named after Vasile Lupu and Titu Maiorescu. Discussion of “Tkuma” Institute projects was held with particular attention on the prospects for the participation of Moldavian students and educators in the International Creative and Research Works Contest organized by “Tkuma” Institute. The Roma exhibition has caused a great interest of lyceum students since both the history of the Holocaust and the tragedy of the Roma is little covered on the pages of Moldovan textbooks.

On February 20 Valentyn Rybalka gave an interview to Moldovan correspondent of German radio Deutsche Welle, in which he talked about the work of “Tkuma” Institute, the concept of Museum “Jewish Memory and Holocaust in Ukraine”, as well as the creation of the exhibition dedicated to the tragedy of the Roma.