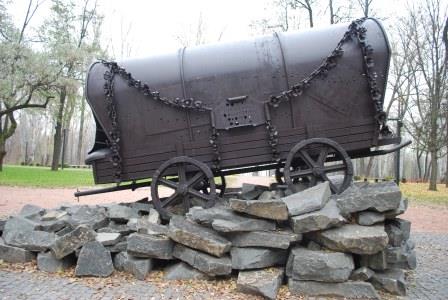 Roma were used in forced labor, deported to concentration camps, and massacred. On the night of August 2-3, 1944, about 3,000 Roma, including children and the elderly, were killed in gas chambers in the Nazi Auschwitz-Birkenau death camp. This night, that was marked in Nazi reports as the “liquidation of the Birkenau Gypsy Camp” from 1996, is celebrated as the Roma Holocaust Memorial Day. Ukraine has been celebrating this day at the state level since 2004.

The horrific statistics of Auschwitz-Birkenau are staggering: of the 23,000 Roma deported from 14 European countries, more than 20,000 died in the camp. During World War II, the Nazis and their supporters killed more than 90% of the Roma population in Austria, Germany and Estonia. As a result of punitive actions of the Nazi occupation, about 20,000 Roma were killed in Ukraine. According to various estimates, up to 500,000 people, or more than 25% of Europe’s pre-war Roma population, have been victims to the Roma genocide during World War II.