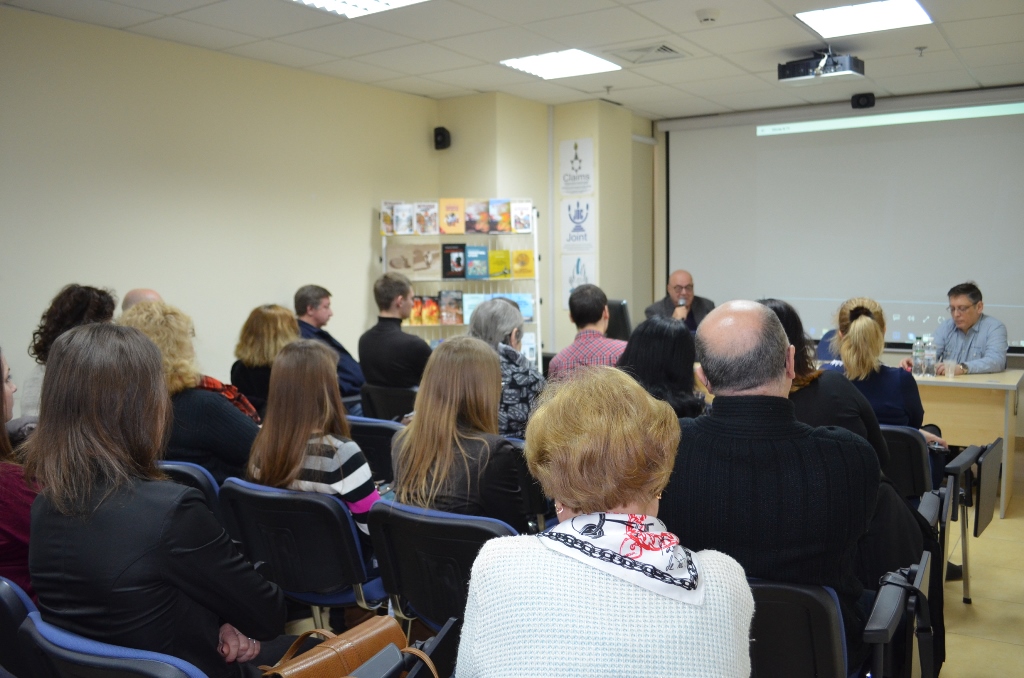 During the meeting participant reviewed episodes from the film “Keepers of Memory” based on the collected testimonies of people who survived the Holocaust. The film also includes the history of the so-called “keepers of memory” – those who now deals with restoration and preservation of the memory of the Holocaust (the mass extermination of Jews during World War II).

Among the participants of the meeting there were students of the Faculty of History of Zaporizhzhya National University together with Dr. Oleksandr Davlyetov, Professor of the Department of World History and International Relations of ZNU. The guests also joined the guided tour through Museum “Jewish Memory and Holocaust in Ukraine” exhibition.

At the end of the event all those interested participated in the discussion “The Holocaust: Jewish Memory – Memory about Jews”.