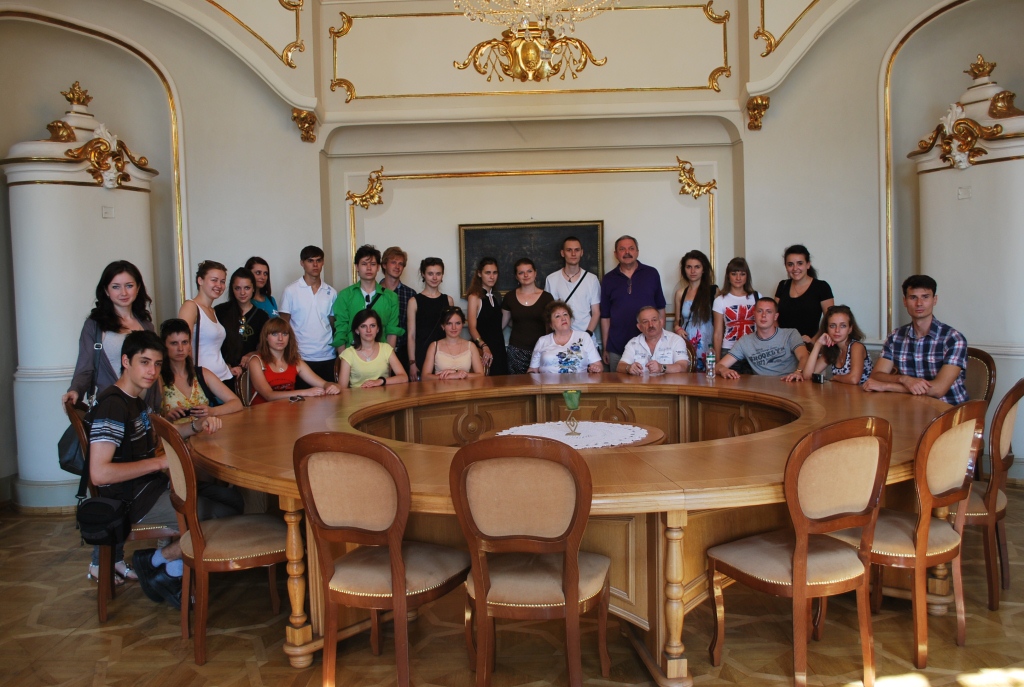 The program of the forum included Ukrainian, Polish and Jewish day with master classes, the purpose of which was to gain deeperknowledge of national cultures and traditions. The organizers emphasize the importance of not only economic, political, but also human relationships, so the atmosphere of mutual help between the participants pleased us.

The Polish day was best remembered for rich program of lectures and seminars. Thus, Emiliya Khmeleva, chairman of the Federation of Polish organizations in Ukraine, cofounder of the ideas of “The Ark” seminar, devoted her lecture to the 20th anniversary of the Federation of Polish organizations in Ukraine. She highlighted the need for cooperation between the two nations, which are closely linked by common history, where there was the place both for confrontation, and mutual help. On the same day the lectern saw the representatives of the Polish elite and intelligentsia, such as Myroslav Rovitski, Professor Yan Draus, Lyuba Levak, Professor Vladyslav Strutynsky, film director Yanush Mayivskyy and Tomass Kalusky. During the Polish day not only lectures took place but interactive sessions and discussions. Participants showed their artistic talents in pantomime, threw out emotions in educational games and shared knowledge when discussing the issues raised. The evening ended with a warm, almost family, gathering of the participants at the campfire.

The Ukrainian day did not leave anyone indifferent. Lecturers always provoked participants to open dialogue, so “The Ark” participants did not have time to be bored. They were going to have discussion with Yevgen Hligovytsy, the activist of Univska group, discussion with Olga Onyshko, co-director of the film “Three Stories of Galicia” and meeting with Bohdan Shumulovych, historian. But the continuation of Ukrainian day could be called as familiar to all children’s game “We’ll not tell, but show.” The only difference was that the handymen not only demonstrated their talents, but also taught others. For instance, a master of painting on glass awoke the artistic skills of the seminar guests and bandura players touched the heart-strings of the young participants. Finally the most demanding musical tastes were pleased with an outstanding talent of Sofia Fedina and her band.

The most difficult was to be the organizers of the Jewish day. After what the participants had seen it was quite difficult to surprise them. However, the Jewish day was a success. Representatives of “Tkuma” Center had creatively planned the leisure time of young people. Igor Shchupak, “Tkuma” Center director, struck the audience with power of conviction and the ability to hold the attention of the public. He won the sympathy of the audience from the first minutes of his interesting and relevant lecture, the topic of which was: “The Holocaust in the fates of Jews, Ukrainians and Poles”. Every minute was used efficiently with maximum benefit to the participants. So there was enough time for play sessions, interviews, interactive games, and the presentation of the film “Berehynya’s Requiem” by Faina Vynokurova and even a concert.

During this week the participants did not only gain deep knowledge and shared experience and skills, but also found new friends. We are pleased to note that the youth of “The Ark” continues to communicate after the seminar. The proof of this is group, created in a social network where members share experiences and plan new meetings.

In general, as noted by the participants, 200 young people took part seven years of the "Ark" because it was more than. Hence we have a hope for our three nations to have a decent future.

According to the organizers,such dialogues are essential and they improve of relations between communities. Organizers also hope that similar events in the future will facilitate inter-ethnic and inter-religious relations and fosters a sense of tolerance among young people.