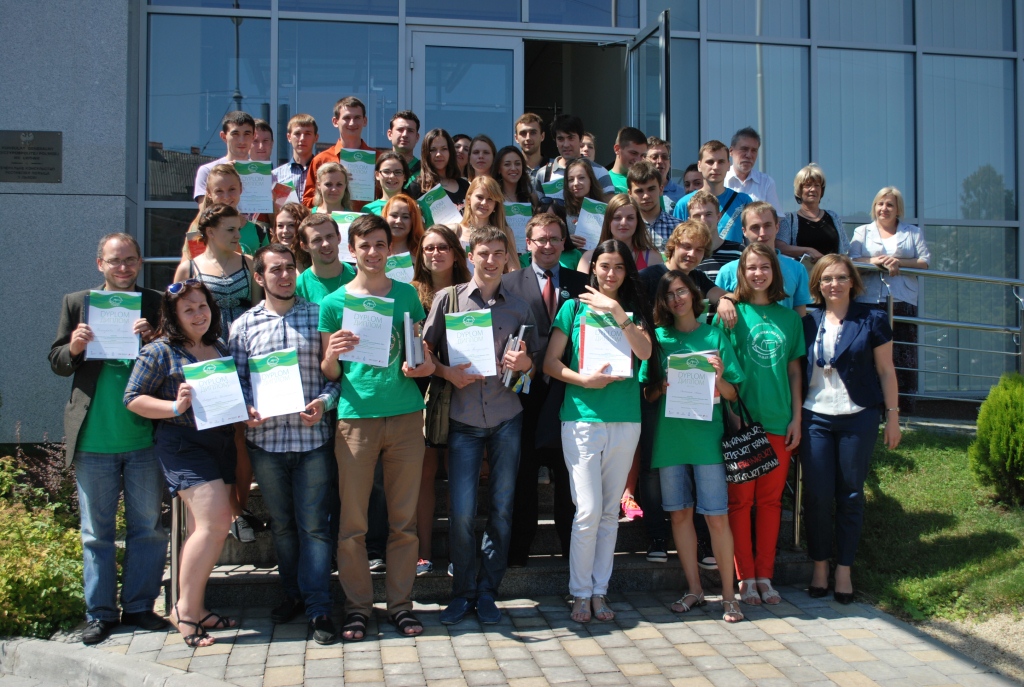 This year’s seminar program was held under the eloquent slogan “There’s no freedom without solidarity”. The subject was suggested due to the celebration of the 25th anniversary of the first partly-free parliamentary elections in the Polish People’s Republic (which became a watershed not only in the history of Poland but also of a whole number of the countries to which the Yalta agreements were applied, thus causing the decline of the communist regime) and the events, which took place in the Maydan square in Kiev at the turn of 2013/2014. Mass anti-Semitic protests of Ukrainian society which took place in the Maydan square unified Ukrainian citizens of different nationalities in the struggle against the prevailing system of corrupt government.

During the nine years of project’s existence many purely “The Ark” traditions were created, but the seminar continues to improve and develop. This formula applies to the membership, forms of learning, and content of the program. Thus, traditional program includes three components: interactive unit, educational lectures and classes, national and cultural presentations. For the first time some days were devoted to spiritual and religious unit. Now more.

Interactive unit includes “round tables”, debates, discussions, work-shops, master classes and many other forms of work. Actually, “The Ark” starts with interactive. Integrational exercise is the key to further constructive dialogue between the participants. This year Pavel Mentelsky, Elnur Aliyev and Natalya Yuskiv tried to unite and consolidate participants. Their skills and abilities were confirmed by the participants who after the first day of training knew almost everything about each other from names and hobbies to family traditions and political views.

Scholars and public figures from Ukraine, Poland and Israel participated in the training program of the seminar. Among them: Ulviye Ablayeva, Alim Aliyev, Dr. Aharon Weiss, Prof. Yaroslav Hrytsak, Prof. Myroslav Marynovych, Taras Boznyak, Kshyshtof Gzjelchyk, Yaroslav Guz, Agnieszka Romaszewska, Solomiya Tymo, Dr. Igor Shchupak and others. Although to be more precise this part should be described as educational and interactive. None of the speakers presented the lecture as monologue. Moreover, perhaps no lesson ended within the walls of the lecture hall. Participants continued dialogue with renowned scholars and public figures in a more informal setting: with a cup of coffee or even watching the latest news. One of the defining characteristics of “The Ark” is so-called “horizontal” relations: there are no students and teachers here or people who should be respected more or less, no sense of inferiority of certain nationalities. All are equal; all of the participants are “in one Ark”.

Special attention was paid to the national and cultural presentations. Each nationality had the day of the program when they had to present the culture and traditions of their nation as fully as possible. It is important the participants themselves joined the preparations to these days. So called “national days” are characterized by especial intensity. Here the participants can see the master classes on dances, theatrical places, religious traditions and national clothing. This is really emotional outburst. During these days participants learn to understand that there are no worse or better traditions, there are no worse peoples.

One more fact from the life of “The Ark” is that the seminar always includes intensive guide program. Within the framework of “The Ark 2014” the guided tours were held in Ivano-Frankivsk and Lviv, mountain hiking in Yaremche and a trip to Poland, where participants got acquainted with the cities Łańcut and Przemysl.

Much attention is paid to the history. Because as practice shows, historical facts are objects of manipulation and factors that separate not only different nations, but also representatives of one nationality. Organizers of “The Ark complies with fundamentally important and correct position: we should not talk about the things that divide us, but look for something that will facilitate the unity. So, speaking of the Holocaust, we recall Righteous among the Nations, and talking about the Maydan - that solidarity and understanding, which Poland shows to Ukraine.
“The Ark” does not bypass the topic of religious differences, but shows the respect to the traditions of each of the represented religions.

This year’s seminar opens a new chapter in the history of the project. Nearly two weeks Christian, Jewish and Islamic youth were studying the understanding, international dialogue and solidarity. Illustrating understanding it is worth noting that during the seminar Ukrainians attended church service, Jews welcomed the Sabbath, and Crimean Tatars had Ramadan that was in the period of the project. Workshop participants noted that “The Ark” actually connects and helps to better understand as after all, the task of “The Ark” is not only to enrich the knowledge of young people and to help them to define their civic position, but also to create a platform for communication and new acquaintances of people with similar interests and intellectual needs.

P.S. “The Ark” is a model of a tolerant world order in which we all want to live. Especially this need is felt during the war in Ukraine. Maybe that is why this year’s “The Ark” became special. All participants are not only just friends but the family that continues the communication now. The participants left to their cities, but continue dialogue in social networks, on phone, plan joint meetings. But perhaps this is not the most important. Participants did not shut their circle of communication, on the contrary, they want to share their knowledge with the world, and they want to invite their friends to “The Ark”, to extend the idea of the workshop in their own projects. “The Ark” reached a new level. It is not just a project, but a way of life.