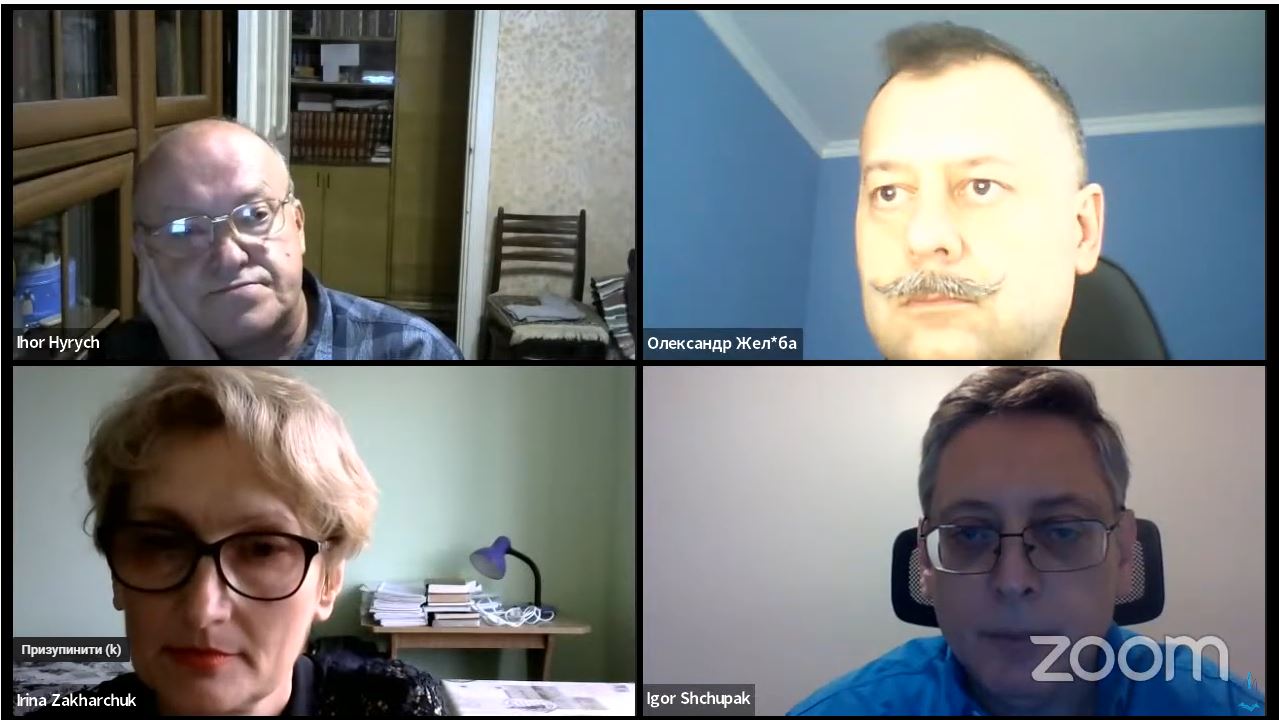 On August 10, historical webinar of “Tkuma” Institute and “Orion” Publishing House was held on: “Ways of history: from Rus to Ukraine; from “Soviet empire” to “russian world”; what's new in updated history programs”. The speakers of the online event for educators were:

- Ihor Hyrych, Ph. D., head of department of the M. S. Hrushevsky Ukrainian Institute of Archeology and Source Studies of the NAS of Ukraine, ч corresponding member of the Ukrainian free academy of sciences (USA), full member of T. Shevchenko scientific society, academician of the Academy of Sciences of the higher school of Ukraine (Kyiv);

- Oleksandr Zheliba, candidate of pedagogical sciences, associate professor of the department of World History and International Relations of the Mykola Gogol Nizhyn State University, methodist, history teacher of the Nizhyn Lyceum of the Nizhyn City Council at M. Gogol NSU;

- Iryna Zakharchuk, doctor of philological sciences, professor of the department of Ukrainian literature of the Rivne State Humanities University.

The webinar was moderated by Dr. Igor Shchupak. Among the questions that caused active discussion among the participants were:

• Is something changing in the study of history in Ukrainian schools?

• What methodological issues should be paid attention to?

• What has changed in school history programs? and other.

You can view the recording of the webinar broadcast at “Tkuma” Institute YouTube channel.