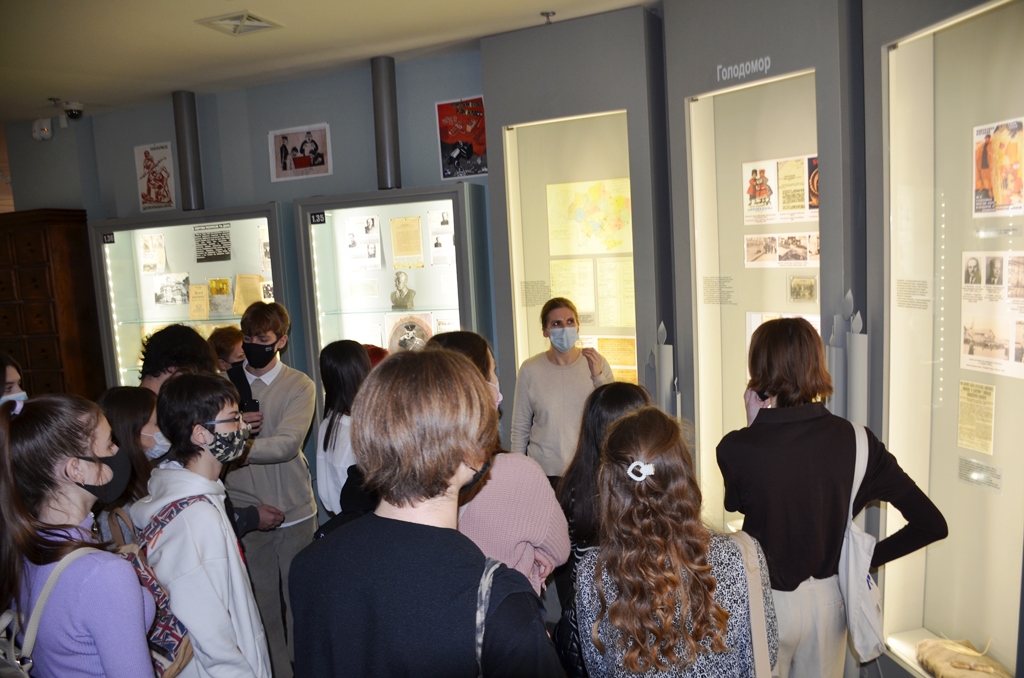 On December 9, “Tkuma” Institute and Museum “Jewish Memory and Holocaust in Ukraine” were happy to meet a group of schoolchildren from Dnipro. Schoolchildren of Gymnasium № 3 visited our Institutions as part of an educational project, which is implemented with the support of the Kulturna Stolytsia program and will last until the end of the year.

A thematic lesson was held for schoolchildren focusing on human rights violations at the end of the 19 – first half of the 20 centuries. Together with the head of the research department of “Tkuma” Institute and Museum, Dr. Iryna Radchenko, the students drew attention to the history of anti-Semitic pogroms in the Russian Empire; deportations of various groups of the population during World War II; the tragedy of the Holocaust. The museum exposition “Genocides of the 20th century” aroused special interest. with its interactive part.

After the thematic excursion, the students had the opportunity to talk to the head of the educational department of “Tkuma” Institute Iryna Piskariova about further research work and participation in youth projects.