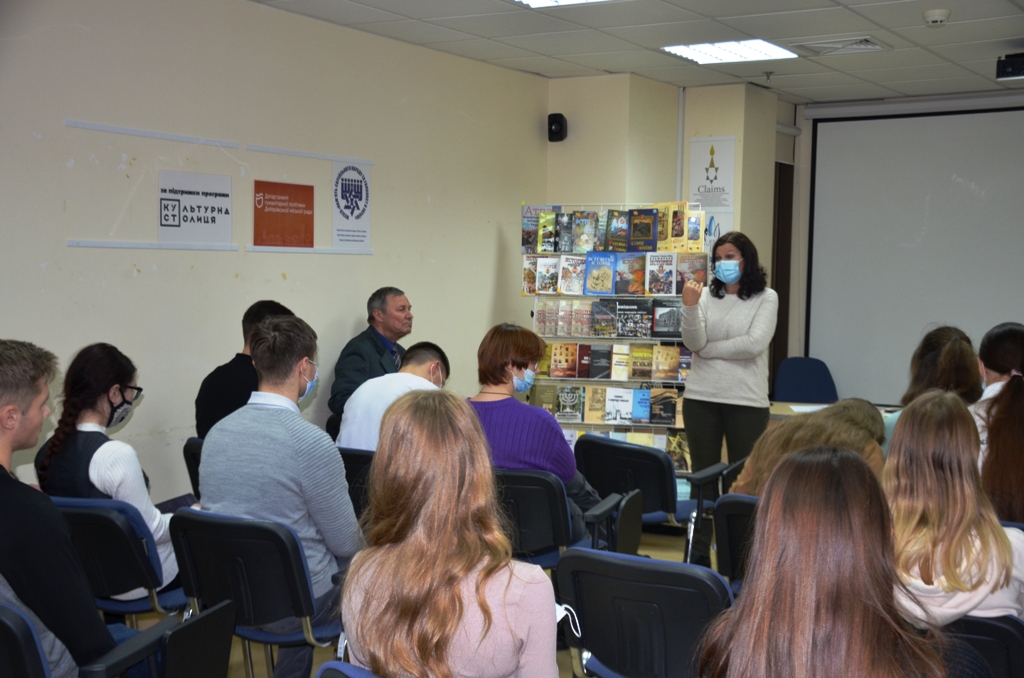 On November 30, educational classes for Dnipro schoolchildren was held at “Tkuma” Institute and Museum “Jewish Memory and Holocaust in Ukraine”. As part of a comprehensive training project, which is implemented with the support of the Kulturna Stolytsia program, schoolchildren of 10-11 grades of the school № 78 visited us. The students went on a thematic guided tour of the Holocaust Museum, conducted by Dr. Iryna Radchenko, head of the scientific department.

During the museum class, particular attention was paid to the Holodomor tragedy of the 1932-33, the Remembrance Day of which was celebrated on the last Saturday of the month, November 27. The fate of national minorities during the Holodomor, Ukrainian-Jewish relations before and during the Holocaust, the tragedy of the Jews of our city during World War II were also discussed. As part of the educational program, students met with Iryna Piskariova, head of “Tkuma” Institute educational department and discussed the importance and necessity of preserving the memory of the genocide terrible events of the 20th century.