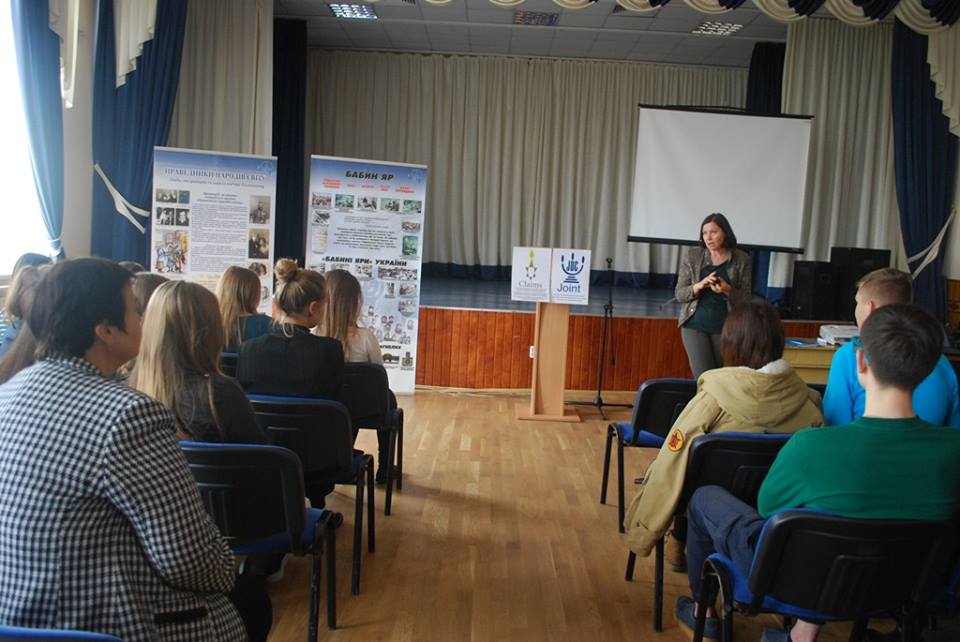 Iryna Piskariova, Educational Programs Coordinator, and Maryna Strilchuk, Research Associate, conducted presentation dedicated to the history of the Holocaust and Righteous Among the Nations for pupils of 10-11 grades. They reminded pupils, that during two days, September 29-30, 1941, more than 33 thousand Jews, most of whom were children, the elderly, and women, were shot. So on the eve of this commemoration, it is essential to recall the victims of Nazi crimes and update pupils’ knowledge of the Holocaust and World War II. It is also especially important to remember those people who, despite the mortal threat, tried to rescue Jews from death – now they are called Righteous among the Nations. Such examples of rescue and mutual help during the war teach us tolerance and understanding today.

At the end of the session “Tkuma” Institute and the Holocaust Museum staff told about educational programs and projects, pupils and teachers could participate in.