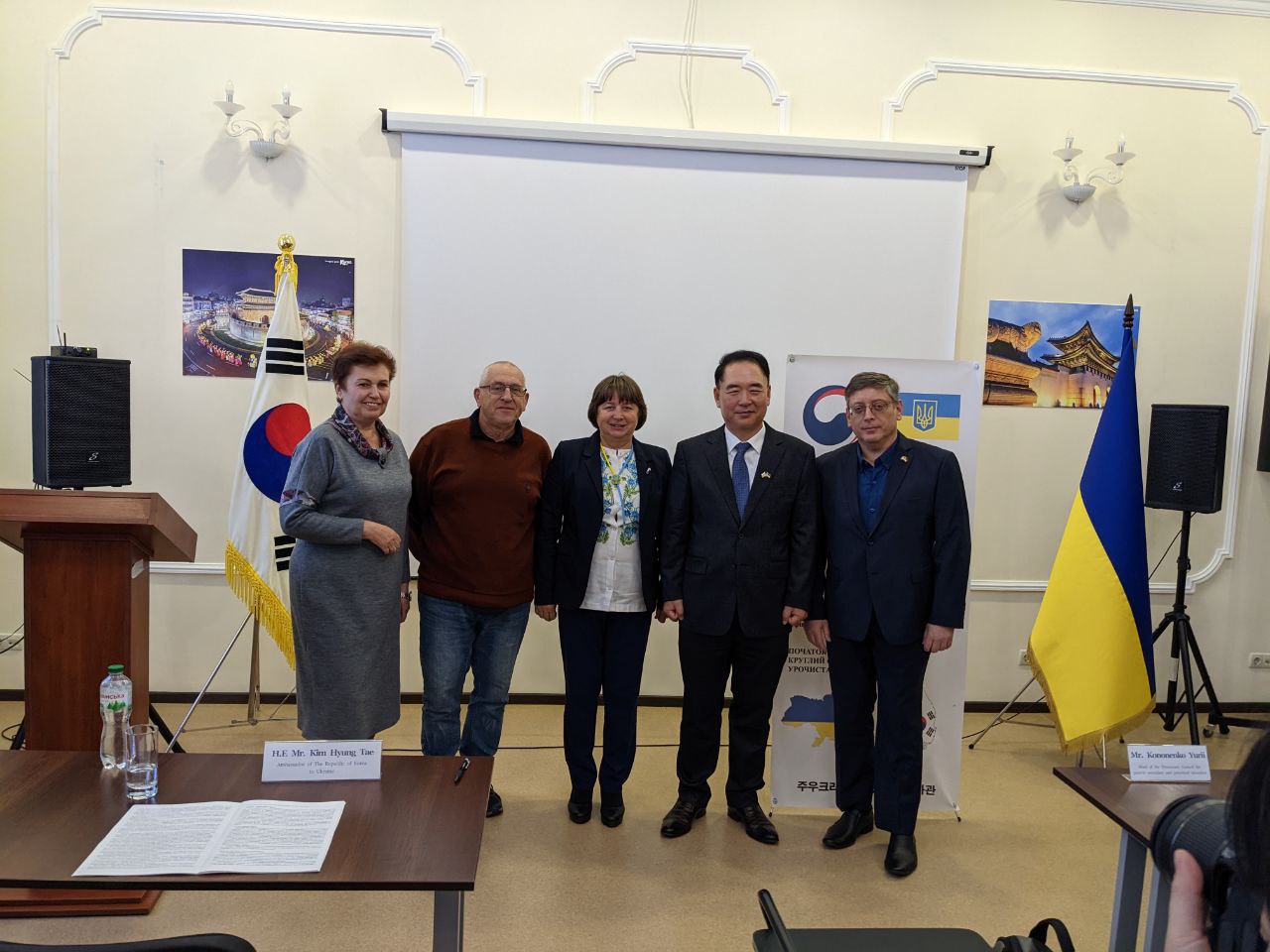 On October 26, the Embassy of the Republic of Korea together with the Ministry of Education and Science of Ukraine held a “round table” in Kyiv dedicated to historical education and issues of cooperation in the field of textbook publishing. Among the participants of the meeting were scientists, authors of history textbooks, teachers and employees of the Ministry of Education and Science. Among them, in particular: Olena Burlaka, Dr. Ihor Hyrych, Prof. Yurii Zavalevskyi, Raisa Yevtushenko, Yuriy Kononenko, Iryna Krasutska, Prof. Tetiana Ladychenko, Iryna Rudenko and others. Dr. Igor Shchupak was invited to participate in the discussion.

Many topical issues were raised during the discussions. “I spoke about the common problems of Korea and Ukraine, when it is necessary to think of a strategy for working with the population of the temporarily occupied Ukrainian territories, bombarded with racist propaganda - and the population of the DPRK, which exists under the inhumane conditions of a dictatorial regime and the rule of “Juche ideology”, – noted Dr. Shchupak. – The representatives of the Working Group of the Ministry of Education and Science also had something to say: during the creation of new History Programs, we included a thesis on the democratization of Korean society and the Korean “economic miracle” along with the topic of the Korean War of 1950–1953.”

Therefore, we will implement the ideas regarding historical education that arose from the participants of the meeting, and further develop international cooperation.