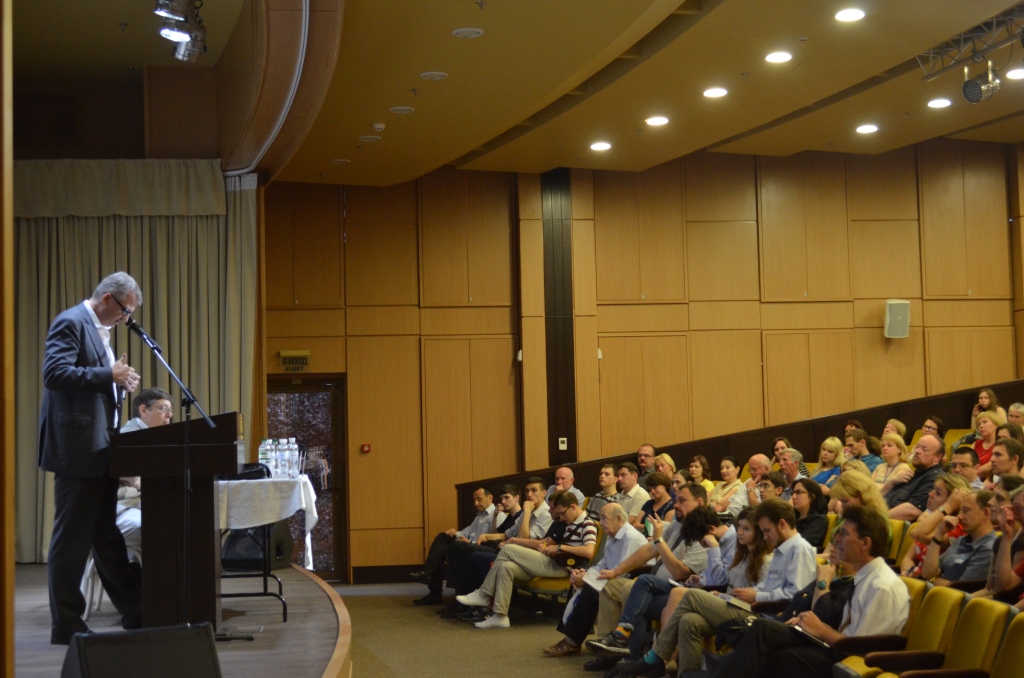 The special event at the International Scholarly and Practical Seminar “Historical Memory About World War II, the Holocaust and Other Genocidal Phenomena” became the lecture by Timothy Snyder, Professor of Yale University (USA) and presentation of the Russian-language edition of his book “Bloodlands: Europe Between Hitler and Stalin”.

The event was held at the initiative of the US Embassy in Ukraine, and publishing house “Duliby” (Kyiv) only in three cities of Ukraine – Kyiv, Dnipropetrovsk and Kharkiv. It is significant that “Tkuma” Institute was chosen as organizer of this event in Dnipropetrovsk.

Professor Timothy Snyder’s book is devoted to such tragic events in the history of Eastern Europe as the Holodomor, Stalin’s mass repressions, the Holocaust, shooting of civilians during pro-partisan actions by Germans, postwar ethnic cleansing. According to the author, the line “Sheloves,loves blood. ThisRussian Earth” from a poem by Anna Akhmatova, written in 1921 after the arrest of her husband Mykola Gumilev inspired him for such title of the book.

Characterizing his book, Professor Snyder said that he uses a new methodology that is not based on the chronology of events of states and peoples, but primarily on the experiences of people: Jews, Ukrainians, Poles: “In my book I did not base either on the specific powers (Nazi Germany or the Soviet Union and Poland), or on the specific nations – Jews, Ukrainians, Poles, Russians or Belarusians. Those events are not national history; they are the history of territories in which 14 million people were killed in a very short period of time. I unite the history, which was disconnected, and thus show the common”.

The lecture and presentation was attended by scholars, university professors and teachers of secondary schools, students, journalists and civic activists who actively participated in the discussion. At the end of the event everyone who came to the meeting with historian got the copy of the book.