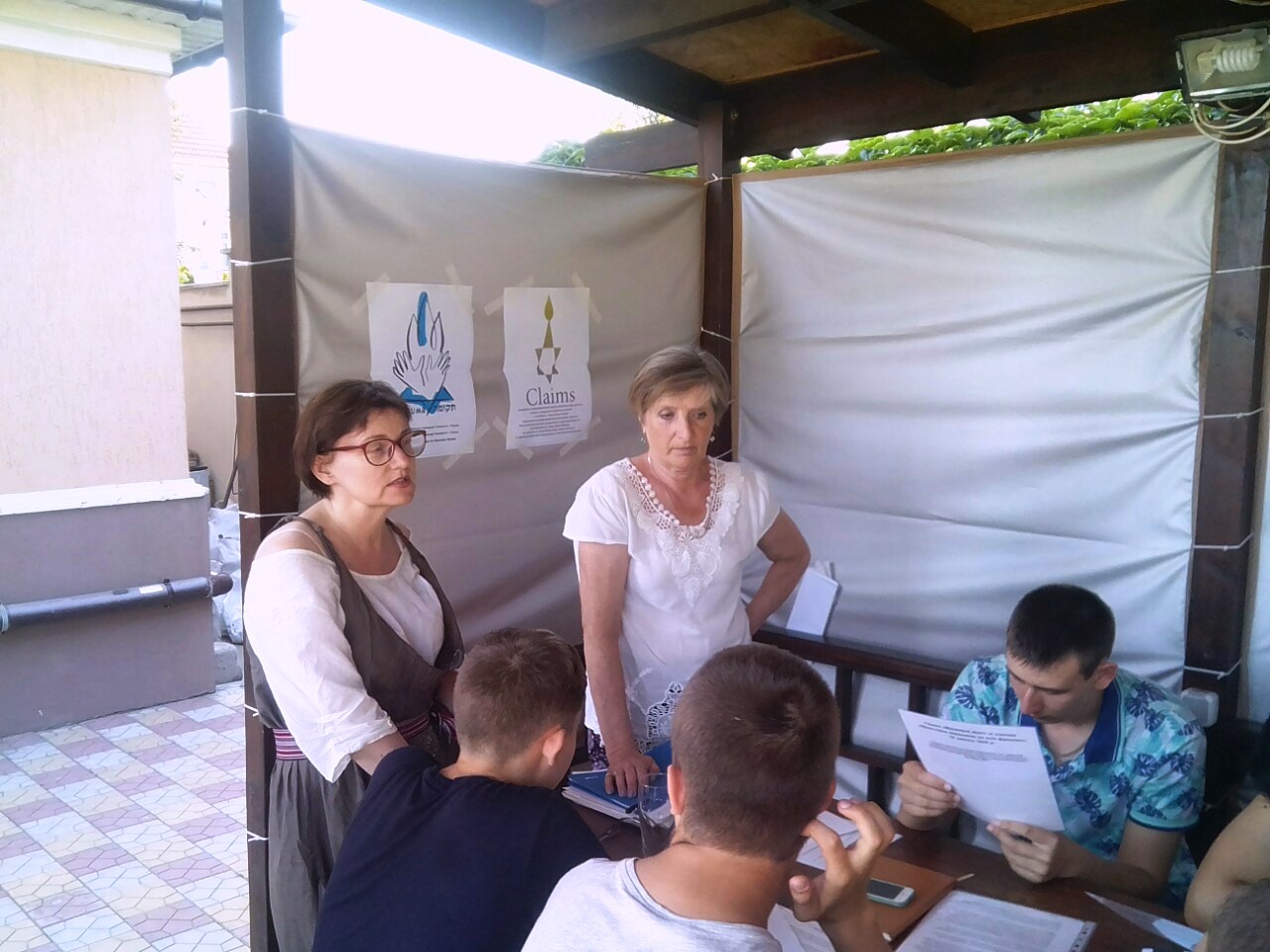 During June 23–26, summer school for student members of Dnipropetrovsk department of Minor Academy of Sciences of Ukraine was held in Chornomorsk (Odesa region). “Tkuma” Institute and Museum “Jewish Memory and Holocaust in Ukraine” were invited to participate in the implementation of the educational part of the program.

Liudmyla Sandul, chief keeper of the Holocaust Museum funds held lectures on the Holocaust and World War II history. As a part of creative study, students could create their own exhibitions, using photos and documents copies from the Museum's funds, and to write "report about the war veteran", to tell about the Jews fate at the front during World War II.

Particular attention Liudmyla Sandul paid the students acquaintance with museum exhibits, emphasizing their significance as bearers of historical information on the Holocaust.