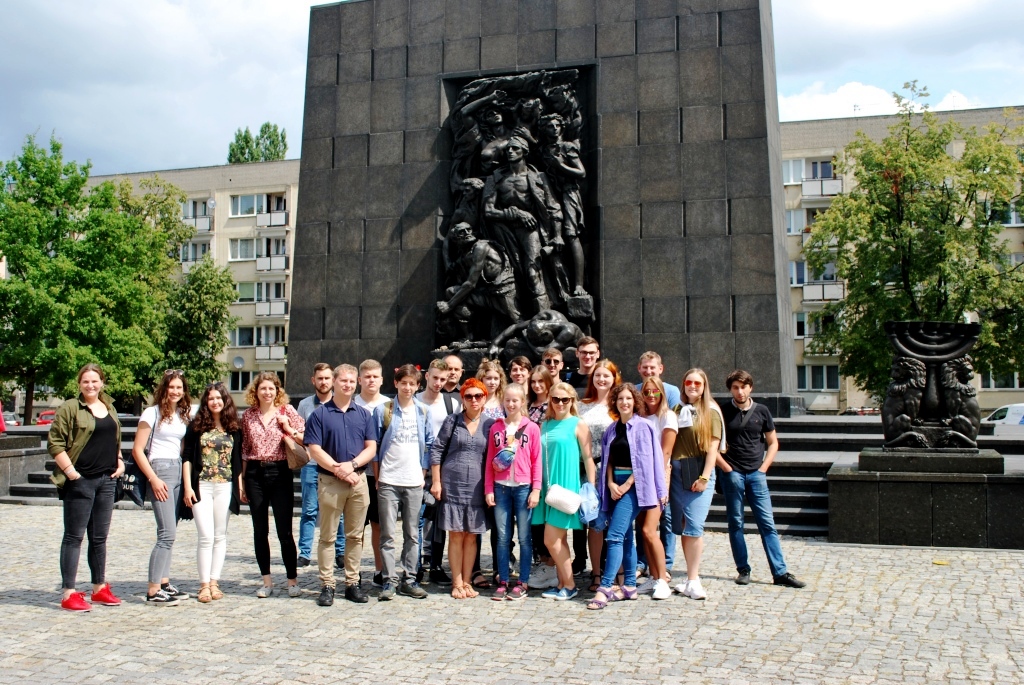 On August 02–04, International Youth Seminar “Confronting Anti-Semitism”, organized with the help of “Drzewo Oliwne” and “Tkuma” Ukrainian Institute for Holocaust Studies was held in Warsaw (Poland). Young people from Poland, Ukraine and Belarus became participants of this year seminar.

The educational program consisted of lessons that covered the content and features of the anti-Semitism concept, as well as issues to prevent it. Vasyl Pavlov (Ukraine) leading specialist of Military-patriotic education department of General Staff of the Armed Forces of Ukraine opened the seminar with a lecture on Jews in military history. Features of the Jewish military history formation from ancient times to the present was disclosed during the lecture. Dr. Emanuel Makhnytskyi (Poland) continued with the lecture on “Conspiracy theory and anti-Semitism development”. Monica Kaialdys (Poland) held an interactive lesson, and outlined the main problems of memorialization of Jewish cemeteries and the procedure for their preservation, as one of the founding principles of Jewish cultural heritage. The presentation “The Chance to Resist during the Holocaust” by Dr. Denys Shatalov, head of the Museum department at Museum “Jewish Memory and Holocaust in Ukraine” caused an active debate around the problem of identifying the Holocaust as the genocide by the Jewish people during World War II, as well as opportunities for resistance. Talk about the Polish-Israeli friendship between the two schools completed the educational program.

The excursion part of the program was equally interesting. Members of the Polish group walked through the territory where the Warsaw Ghetto was located during World War II, and the Ukrainian group visited the POLIN, Museum of Polish Jewish History. The next day, the seminar participants made a performance at the Lazenka Park and had a guided tour of the Old Town.

Impressions and suggestions for the next seminar the participants shared by at the end of the event, moderated by Timothy and Rita Rabinek.