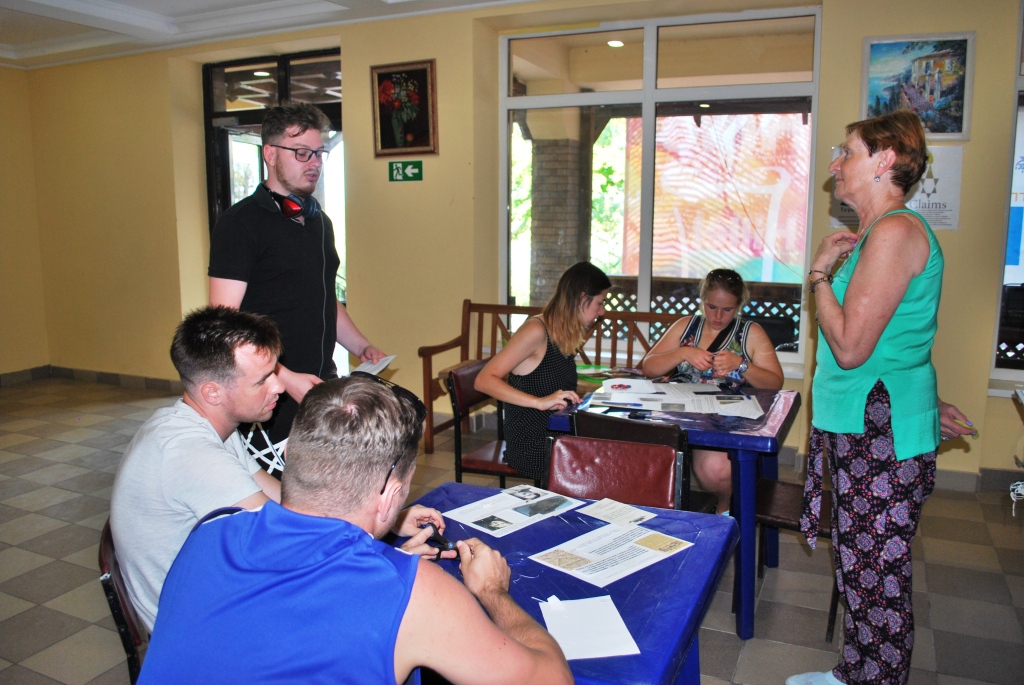 During August 27– September 01, youth summer forum, organized by Hillel International Youth Camp was held in Mykolaiv region. About 150 young people from Belarus, Georgia, Israel, Moldova, and Ukraine participated in the event. Traditionally, “Tkuma” Ukrainian Institute for Holocaust Studies and Museum “Jewish Memory and Holocaust in Ukraine” have participated in the implementation of the educational part of the program.

Tetiana Seliutina, researcher of “Tkuma” Institute conducted an interactive lecture on “An exhibit as a basis for creating a museum exhibition”. During the meeting with the Hillel youth, the importance of museums as reliable guards of historical memory and legacy of past eras was discussed. On the examples of museum exhibits that were once the objects of everyday life of previous generations, young people were introduced to the history of our country in the 20th century, in particular, during World War II.

Liudmyla Sandul, head of the Museum's funds held a lecture where students had the opportunity to create their “own museum” by analyzing museum exhibits on World War II and the Holocaust. As their creative task, young people were asked to explore photos and other documents dedicated to the fate of specific Jewish warriors, and to write a “front-line reporter”, create their own exhibition based on the available materials. These activities aroused great interest among the participants.