The Nazi New Order in Ukrainian Cities: Album of the Photographs and Documents based on the materials of the Museum “Jewish Memory and Holocaust in Ukraine” 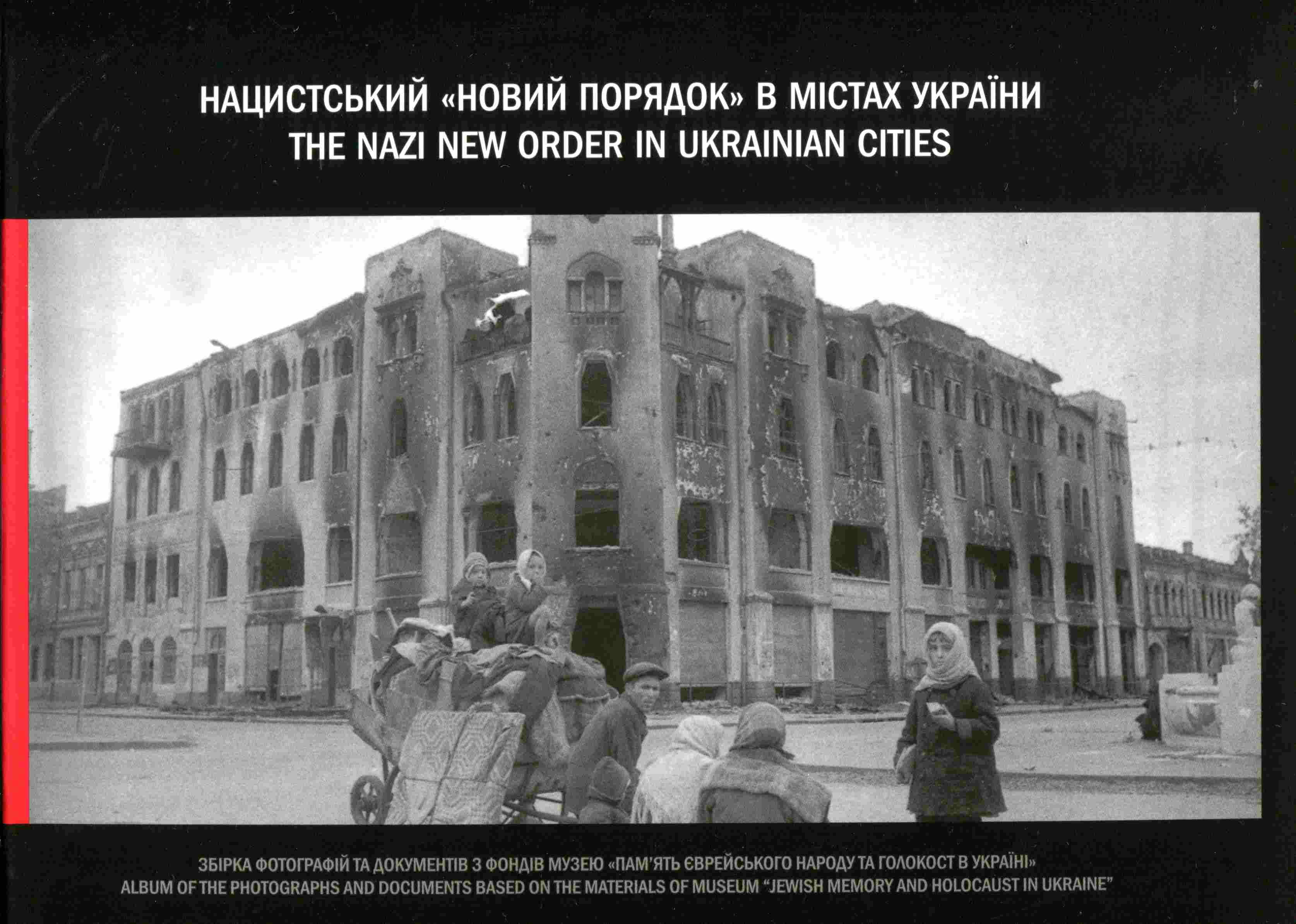 The documentary photos of the Album tell about the tragic period in the history of Ukraine such as occupation by Nazi troops during World War II..

The album consists of 4 chapters: “Occupation of Ukraine”, “Industrial Facilities and Infrastructure of the Occupied Cities”, “Social, Cultural and Religious Life under the Nazi “New Order”, “Resistance to Nazi Regime within the Ukrainian Territory”. The chapters illustrate various aspects of life in occupied Ukrainian cities, starting from municipal infrastructure, “Leisure activities” of Nazi soldiers to violent repressive policy and local population resistance to invaders. The book contains unique materials of Oleksandr Kreinin, Hryhory Tsapov, Lada and Leon Sherman collections kept in Museum "Jewish Memory and Holocaust in Ukraine", and other photos.

The visual materials for the album allow the readers to feel the atmosphere of that time and to touch the problem of personal choice in the days of hardship.

The publication will be of interest for researchers, post-graduates and students, and anyone interested in the history of Ukraine.