World History. Part 2. The XX century – the Century of War and the Holocaust 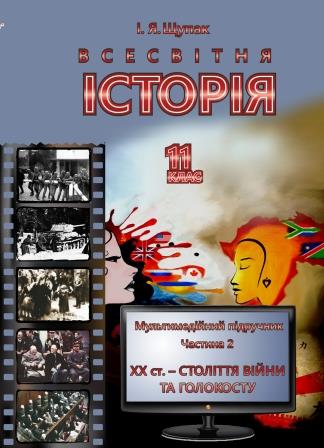 “World History. Part 2. The XX century – the Century of War and the Holocaust” – is modern interactive educational multimedia e-book, which is the second part of the multimedia educational complex on World History discs for 11th grade. The second part is devoted to the post war history of the West and USSR; the collapse of the world colonial system and the emergence of new powers; the Middle East problem. It consists of three sections that cover the content of events. Special attention is paid to the period after the Holocaust and includes the formation of the politics of memory in the USSR and the countries of the West from 1945 to modern time. Users of multimedia manual will find information about the lessons of the Holocaust, international relations and anti-Semitism, creation of the State of Israel, etc.

The content of the manual corresponds to the curriculum of world history, approved by the Ministry of Education and Science of Ukraine, and is accompanied by variety multimedia tools such as announcer voiceover, newsreel footage, photos, maps, illustrations).

The special feature of the manual is the visualization (audio, video, and illustrations help to reveal these topics most fully and in interesting way) and tests developed taking into account the different levels of complexity.