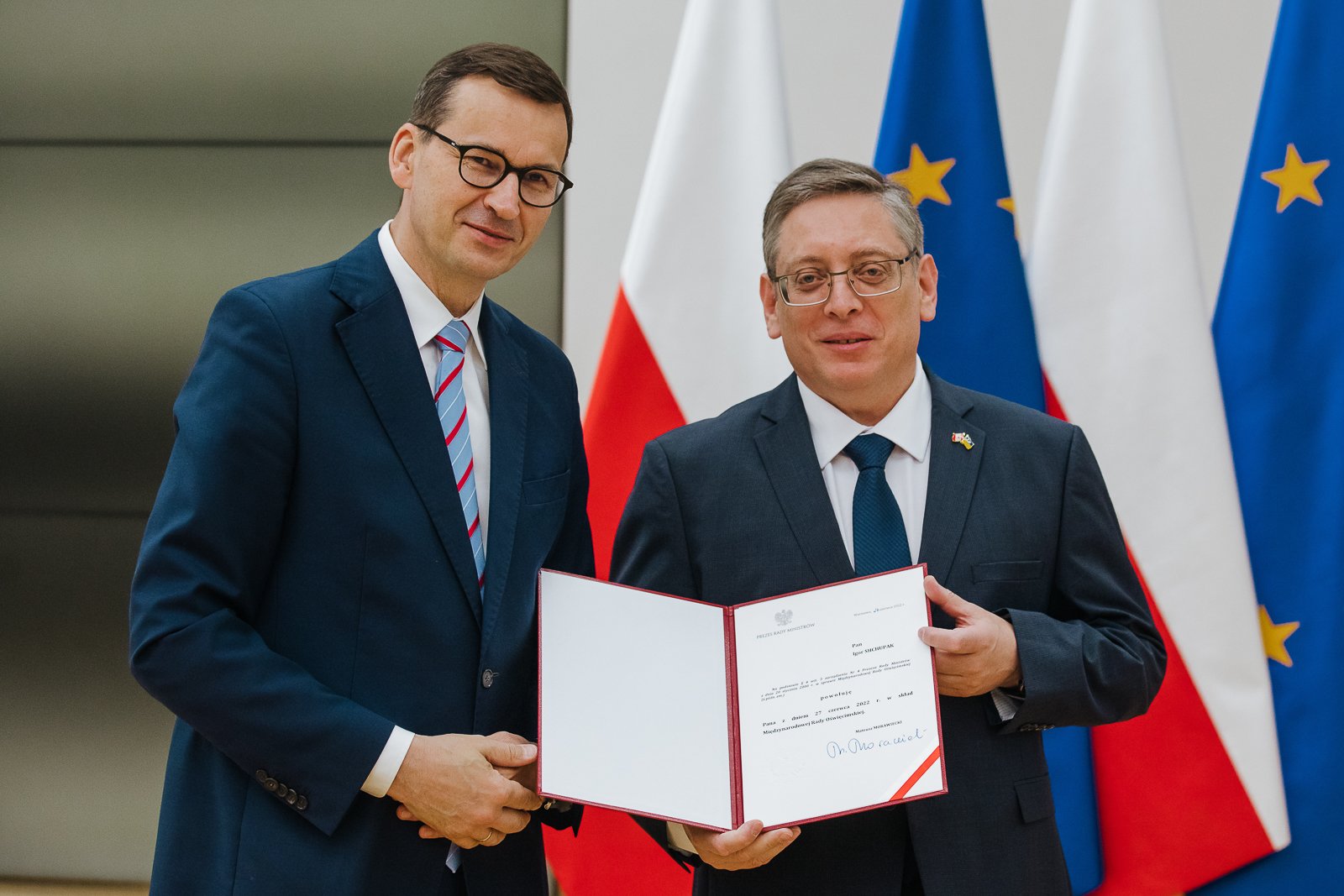 The International Auschwitz Council is an advisory body to the Prime Minister of Poland in the field of protection and management not only of the former structures of the Auschwitz death camp, but also of other Holocaust monuments. Her term of office is 6 years. Among the 25 members of the Council are three survivors of Auschwitz and the Holocaust: Ada Willenberg, Marian Turski and Stanislav Zalevski. Grzegorz Berendt, Ph.D. with a habilitation degree, was appointed president of the Council, Chairman of the Board of Yad Vashem Dani Dayan and director of the Warsaw Ghetto Museum Albert Stankowski – vice presidents.

“In numerous dialogues with our partners, we often refer to the events of the Second World War and the Holocaust, draw historical parallels with the modern Russian-Ukrainian war and the crimes of racists against Ukrainians. – noted Dr. Shchupak. – These motives, in addition to professional interest, determined my agreement to accept the invitation of the Government of Poland and Grzegorz Behrendt, the famous historian, Chairman of the International Council of Auschwitz. It is a great honor for me to be in the group of famous historians and public figures; survivors of the Holocaust and modern politicians; representatives of Austria, Israel, Germany, Poland, the Czech Republic, etc.

Now, after the beginning of the large-scale war of Russia against Ukraine, after the tragedy in Olenivka, we must more clearly understand the meaning of historical memory, realize the need to oppose the ideologues of “russian peace” and “imperial greatness”. And the need to bring to consciousness those who are indifferent to historical lies”.

During the visit to Warsaw, there were also discussions on historical topics with scientists, as well as negotiations with colleagues regarding the development of cooperation with “Tkuma” Ukrainian Institute for Holocaust Studies. So let's work, there will be more.