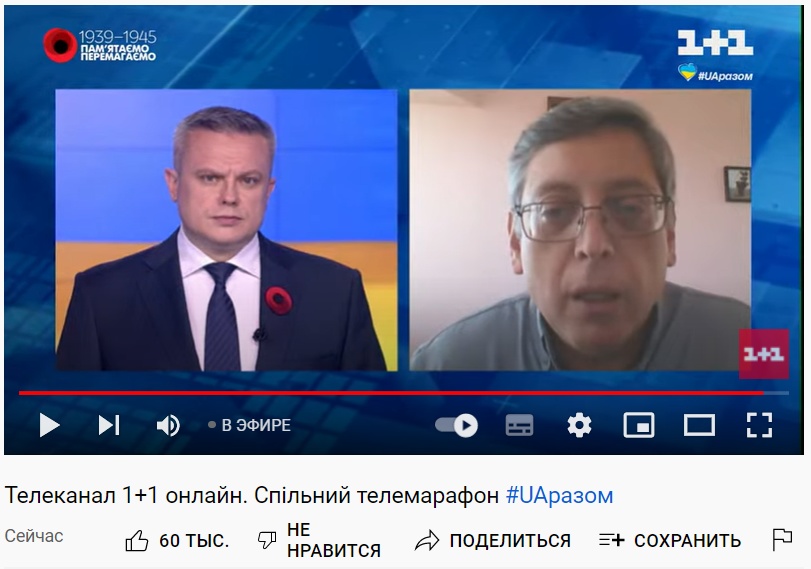 “Tkuma” Institute took an active part in numerous TV programs dedicated to the Day of Remembrance and Reconciliation and Victory Day. Among them are:

program of a new Ukrainian Russian-language project designed for Russians – “February morning”, where together with journalist Roman Chaika discussed the effectiveness of Nazi propaganda – and modern Russian; on the parallels between World War II and the current Russian-Ukrainian war, on the Holocaust and the killings of civilians in Ukraine;

participation in a telethon UAtogether on 1+1 TV Channel, where the conversation about World War II and the price of the Victory over Nazism took place; about the Holocaust and other genocides; about the anti-Hitler coalition, etc.

It is clear that these TV shows had incomparably more participants than the regular online classes of “Tkuma” Institute. But the latter are also important, because Tkuma's partners in educational projects take part in them – teachers, school and university students who have the opportunity for interactive dialogue with our scientists and teachers. We will talk about these classes separately.