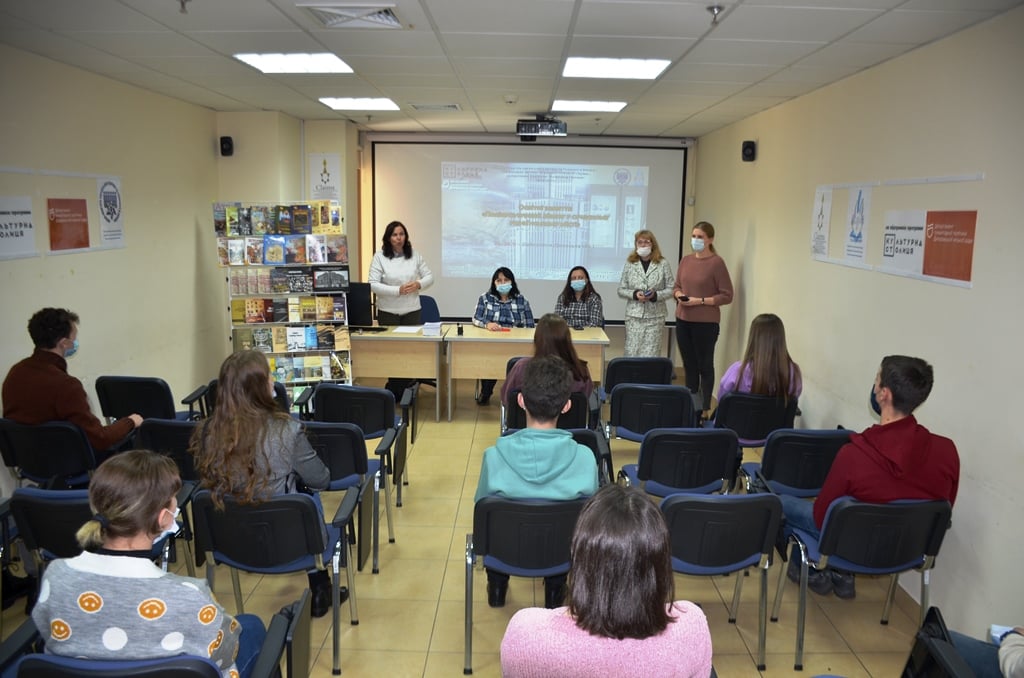 On November 25, a comprehensive two-day educational project was launched at “Tkuma” Institute and Museum “Jewish Memory and Holocaust in Ukraine”, which is being implemented with the support of the Kulturna Stolytsia program. Students of 9-11 grades from Dobropillya, Donetsk region – winners of annual competitions of the Junior Academy of Sciences of Ukraine, participants of regional and all-Ukrainian tournaments and Olympiads.

Enriched training program was waiting for the participants:

- interactive museum training session by researcher Dr. Olena Ishchenko, dedicated to the Holodomor of the Ukrainian people in 1932-1933 and the fate of other national minorities - victims of the Stalinist regime’s crimes (dated to November 27, 2021 – Holodomor Remembrance Day);

- Excursion through the city “Dnipro Multicultural”, which was conducted by the head of the exposition-exhibition and publishing department of “Museum of Holodomor Resistance” of Dnipro City Council Valentyn Rybalka;

- master class “Behind the scenes of museum funds” from the chief custodian of funds Lyudmila Sandul;

- consultations of historians and educators on the preparation of research papers for participation in various competitions.

“Conducting such interactive educational thematic classes on certain topics of history will allow students to feel in the vortex of historical events and promote better learning of key issues of history and the present, – said the head of Museum “Jewish Memory and Holocaust in Ukraine” – Iryna Radchenko. – We are confident that studying the history of the Holocaust, the Holodomor and other genocides of the twentieth century, certain aspects of the history of the Jewish people will allow us to more fully consider and learn the historical lessons of the past. As a result, it will contribute to the formation of national identity and historical memory, the affirmation of universal ideas and the strengthening of interethnic and interfaith interaction.”